From shelter dogs to service dogs for veterans 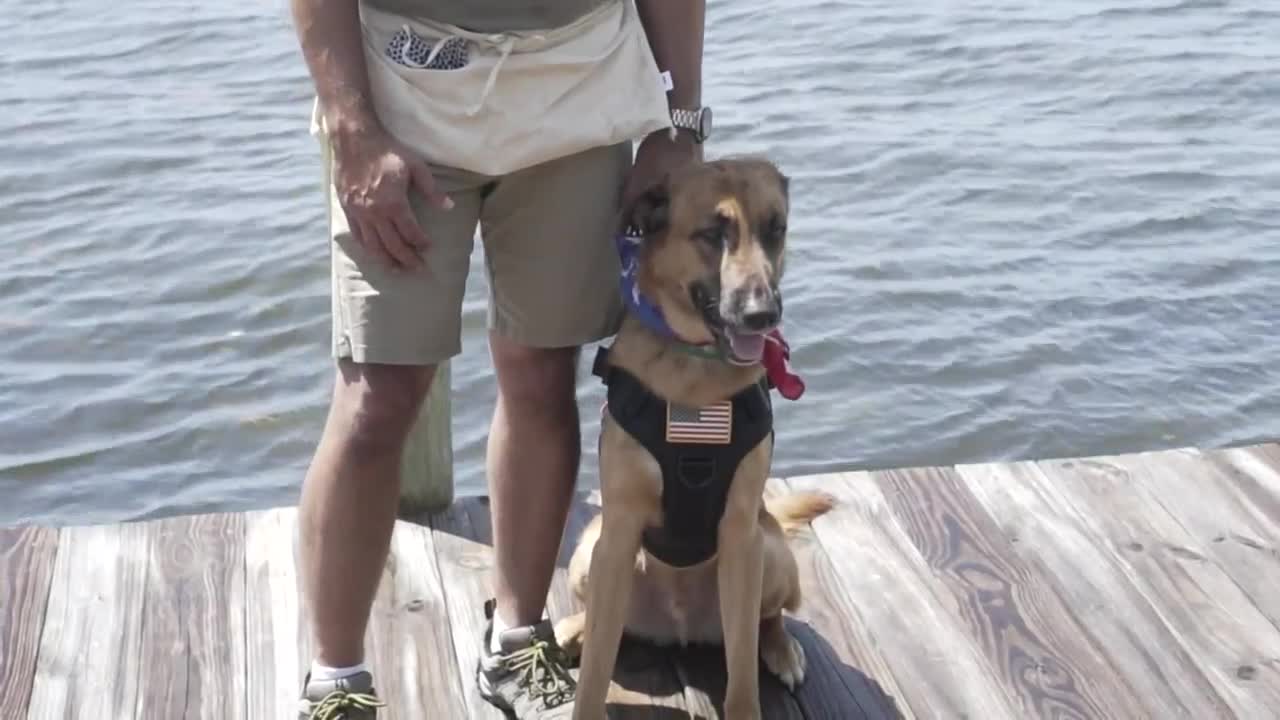 A new dog training facility is almost complete in Palm City. The goal is to rescue dogs and turn them into service dogs for veterans.

PALM CITY, Fla. — A new dog training facility is almost complete in Palm City. The goal is to rescue dogs and turn them into service dogs for veterans who need them now even more than ever during a pandemic.

Suhir Shrestha, a veteran, was born in Nepal and moved to the U.S. He was so thankful for his life here that he decided to enlist in the military as a way to give back, at 39 years old.

"I deployed to Afghanistan in 2013 and there, obviously, it was a war zone," he said.

Shrestha said when he returned, he suffered from PTSD, depression and anxiety.

"I had a lot of suicidal thoughts and a lot of negative thoughts, nightmares, flashbacks, what have you," he said. "It was very difficult to lead a life."

It's a life that has recently take on new meaning with Indie by his side.

"It has been a tremendous life-changer for me," he said. "Before, I used to be not able to go outside, be nervous of a crowd and just have negative thoughts in me."

Indie was adopted from the shelter-to-service dog program through Furry Friends Adoption Clinic and Ranch.

"Gives me extra confidence to go outside because I have him," Shrestha said.

"These dogs are coming from high-kill shelters in many cases," Pat Deshong, the president of Furry Friends Adoption Clinic and Ranch, said. "We don't necessarily take them to be service dogs, but we take them because they are high energy."

The group is building a new training center in Palm City and is weeks away from completion. It's all in an effort to bring veterans from across the country to Florida to adopt.

"These veterans are so deserving of these dogs," Deshong said. "We don't automatically pick which dog is right for the veteran. We let the veteran select and we kind of monitor and see which two connect."