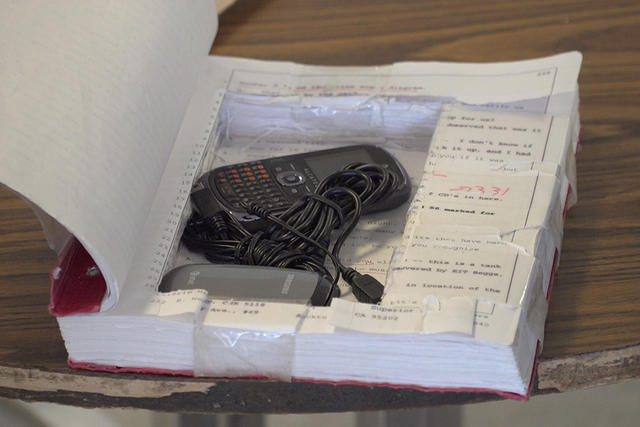 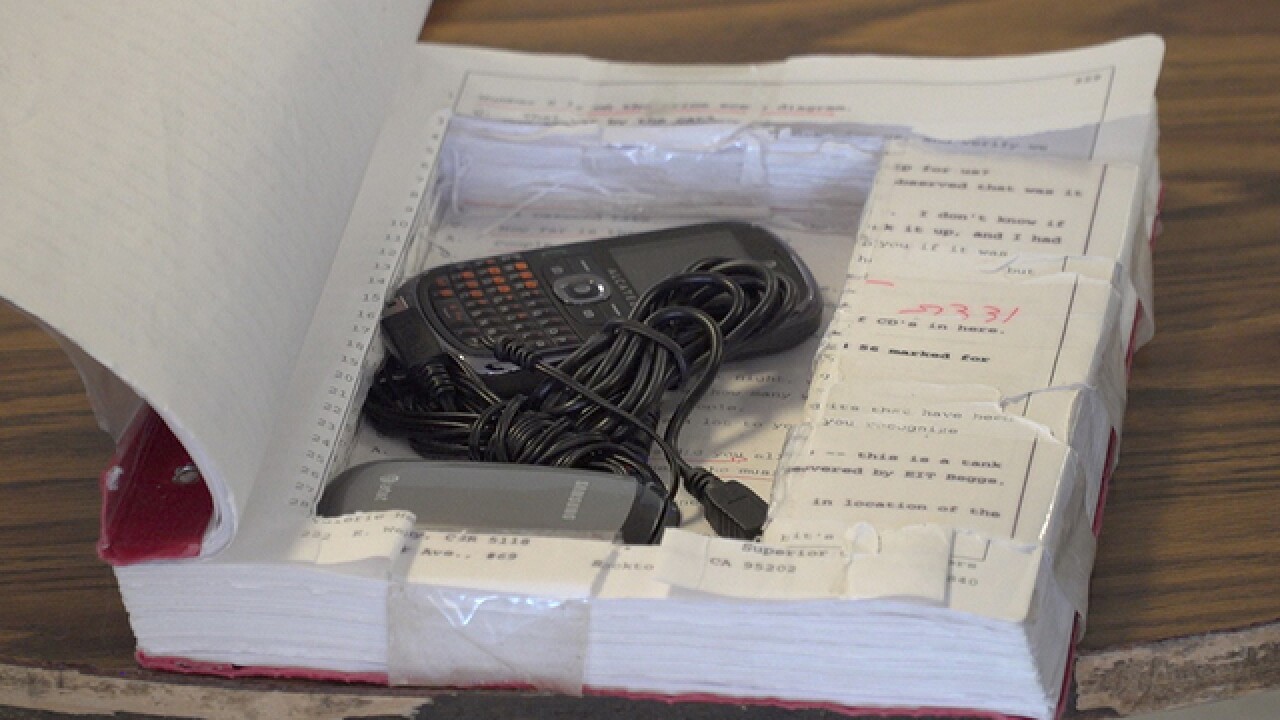 SACRAMENTO, Calif. — The constant problem for prison systems across the country isn't who is going in, but what — inmates are constantly trying to get contraband cellphones, drugs or weapons into prisons.

If you look at the numbers, there's been a 40 percent increase in confiscated cellphones. Last year, for example, they confiscated 13,000 of them.

At Mule Creek prison outside Sacramento it is a never-ending battle.

Cellphones, weapons and drugs get tossed over prison walls or brought inside someone's body during inmate visitation. In the California prison system, a contraband cellphone can go for $2,000.

But it's not just smartphones that are valuable.

A flip phone goes for $900 on the prison black market.

One marijuana joint can go for $25. And because tobacco isn't allowed, a handmade cigarette can go for $8.

The California prison system is trying something new by adding a drug sniffing dog that can sniff out electronics at more than 30 prisons statewide. Electronic parts in a cellphone have a distinct smell that the pooch can pick up on.

"If you hold that and you feel that it ... it feels just like basically the same weight and everything," says Timothy Albrecht, one of the K-9 handlers. "This is just chunks of soap that they carve up and put in there. That's a Tylenol bottle that they lower in there and fill it and then it's a cap on the other side on the top. So basically you have this cap that screws right back onto the Tylenol bottle."

And it's the prison system's K-9 search dogs, like Cricket, that work full time to help stop these things from coming in.

"We see a lot of things but it never ceases to amaze," he says. "Once we've seen it all, we see something new. This looks and feels like an everyday Mountain Dew bottle, but look what happens when you unscrew it here. There's a whole compartment hidden inside."

Mail is a popular way inmates sneak items in. There are too many packages to open and search every single one. And legal documents are private between attorney and client.

But why is it so important for inmates to not have cellphones? According to Jeremy Packard, who coordinates the K-9 program in California, inmates can use cellphones to "do business on the outside without being monitored."

The business he's talking about could be an inmate gang ordering a hit on a witness who put an inmate behind bars or threatening a corrections officer's family.

That's why the dogs who sniff out electronics are an integral safety net in preventing contraband from getting in.

"It's made a huge difference," Packard says. "It's a time saver. A dog can search 25 cells where it would take hours, if not days, for an officer to do it."