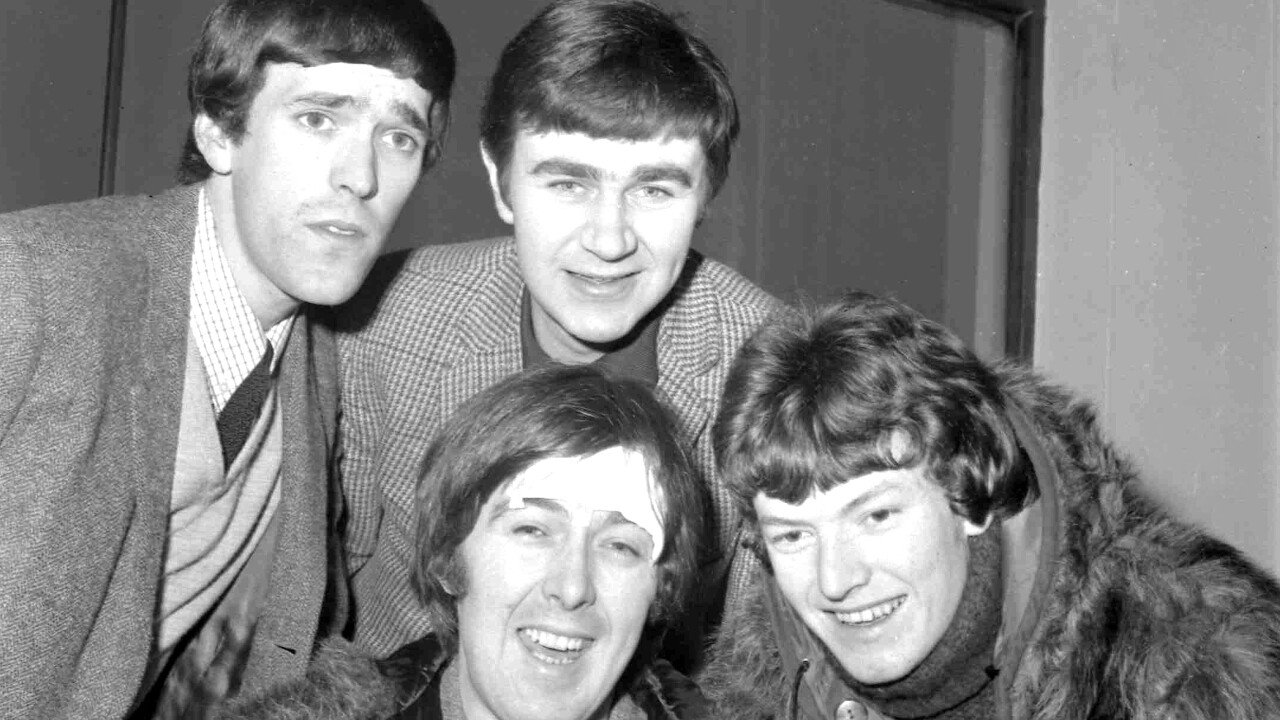 (Copyright 2020 The Associated Press. All rights reserved. This material may not be published, broadcast, rewritten or redistributed.)
AP Photo
Members of the Spencer Davis Group, from top left: Muff Winwood, Pete York and Steve Winwood. At the bottom of the picture is Spencer Davis, who wears a plaster on his forehead after a car accident earlier in London, Jan. 10, 1966.

Spencer Davis, bandleader of the self-titled group that reeled off such hits as "Gimme Some Lovin'" and "I'm a Man," has died at the age of 81.

Davis died Monday while being treated for pneumonia in a hospital, Rolling Stone reported.

Steve Winwood, who served as lead singer of the Spencer Davis Group, called Davis "an early pioneer of the British folk scene" in a statement released Tuesday and said Davis was "like a big brother" to him.

"He was definitely a man with a vision and one of the pioneers of the British invasion of America in the sixties," Winwood said.

Founded in Birmingham, England, in 1963, Davis teamed with Winwood, his bass-playing brother, Muff Winwood, and drummer Pete York to form the quartet.

In the next two years, the Spencer Davis Group followed with another pair of hits -- "Gimme Some Lovin'" and "I'm a Man," both of which cracked the top 10 on the U.S. charts.

"Gimme Some Lovin'" has been featured in several popular movies, including "The Big Chill," "Days of Thunder" and "Striptease."

In recent years, the band is arguably known for its trick trivia question, "Who was the lead singer of the Spencer Davis Group?"

Winwood eventually left the band to form Traffic in 1967, but the Spencer Davis Group carried on without him, though with far less success. The group eventually disbanded in 1969.