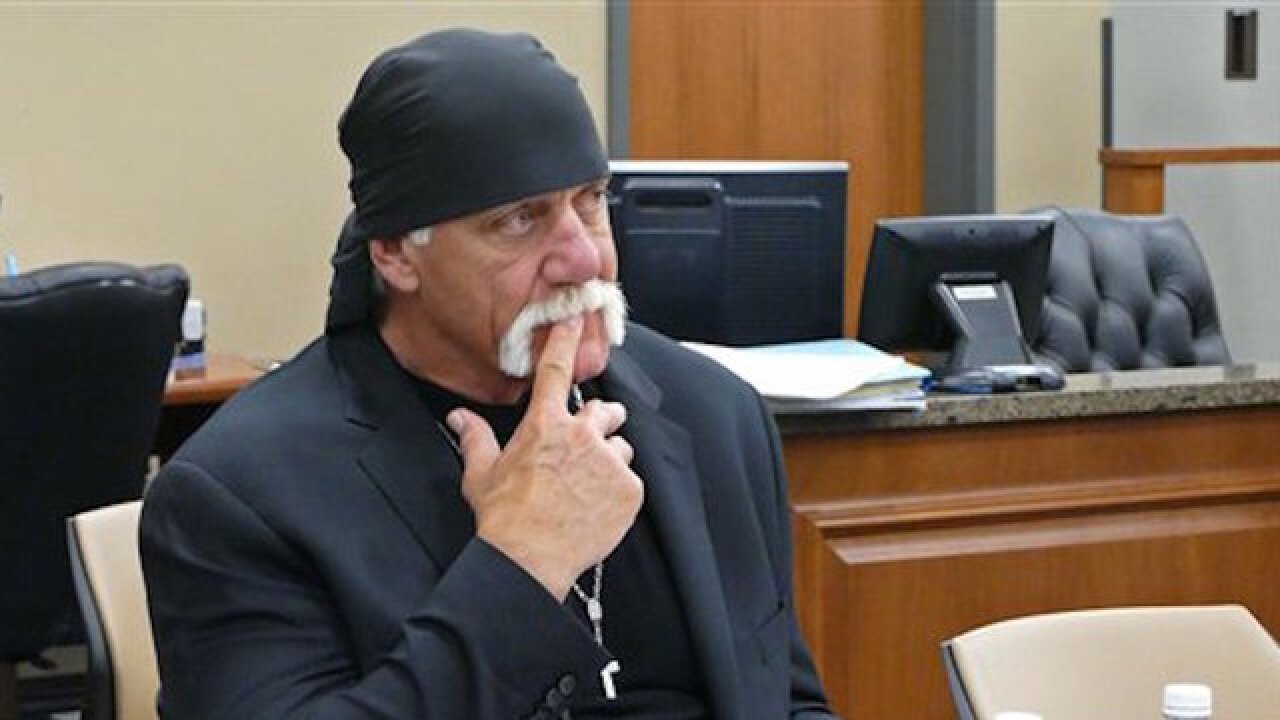 ST. PETERSBURG, Fla. (AP) -- Pro wrestler Hulk Hogan has settled a lawsuit against a talk show host and two others he'd accused of taking part in leaking video of him having sex and using racist language.

The Tampa Bay Times reported that the full details of the settlement aren't known.

The lawsuit filed in Pinellas County demanded damages in excess of $15,000, but didn't specify an amount. The lawsuit did note that Hogan -- whose real name is Terry Bollea -- was awarded $140 million in a previous lawsuit against Gawker over the tape, but settled for $31 million when that company went bankrupt.

Mike Calta, who hosts a morning drive talk show heard across Tampa Bay on Cox's 102.5-FM The Bone, was among those sued. He could only be reached via his verified Twitter account, the paper reported.

"My understanding is the lawsuit was amicably resolved by Cox and Hogan on terms that are confidential," he wrote in a direct message. "I'll address the rest Monday on my show."

Court documents show the judge has closed the case, but not the exact disposition.

All three were accused in the suit of conspiring to leak and sell the footage to TMZ and thedirty.com. Davidson was the man who met Bollea at the Sand Pearl in Clearwater to receive a check for $300,000 to stop the leak of the tape while FBI agents secretly watched. Federal prosecutors declined to file criminal charges in that case.

The permanent injunctions state that all three are banned from possessing or sharing any recordings of Bollea "naked, having sex, and/or having private conversations in a private bedroom," or could be held in contempt.

A letter sent to judge Linda R. Allan by Bollea's attorney referenced a "confidential settlement reached between the parties."