'Jaws,' 'Back to the Future,' 'Jerry Maguire' among movies showing at in-stadium, open-air theaters 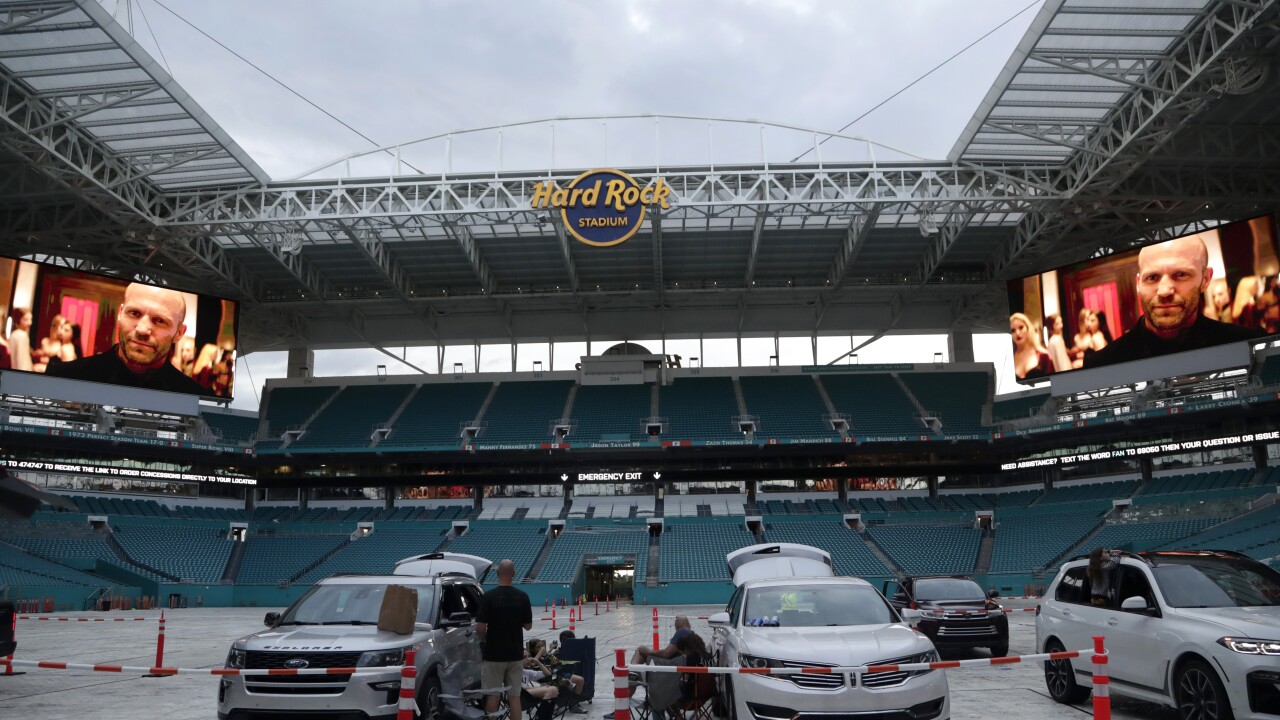 Associated Press
Lynne Sladky/AP
People sit outside of their vehicles to watch a movie at Hard Rock Stadium during the coronavirus pandemic, Thursday, June 18, 2020, in Miami Gardens, Fla. The drive-in stadium theater offers a safe way for residents to safely get out of their homes and remain socially distant.

MIAMI GARDENS, Fla. — Get ready to spend July at the movies with the Miami Dolphins.

After a successful opening week with several sold-out shows, the team announced Tuesday an additional slate of movies being shown at the Outdoor Theaters at Hard Rock Stadium as a way for people to return to the movies and remain socially distant during the coronavirus pandemic.

Fourteen films are on tap in July, including classics like "Jaws" and "E.T. the Extra-Terrestrial."

The movies span a range of genres from the last four decades, among them the 1980s time-traveling comedies "Back to the Future" and "Bill & Ted's Excellent Adventure," the Miami-set action sequel "2 Fast 2 Furious" and the animated children's film "Inside Out."

"Apollo 13" will be shown on the Fourth of July.

The theater inside Hard Rock Stadium can accommodate up to 145 vehicles, while the open-air theater can host up to 400 guests in small groups near the fountain plaza.

Beginning July 2, a dinner and movie ticket package will be available, including a private dining experience that includes a three-course meal with options for adults and children.