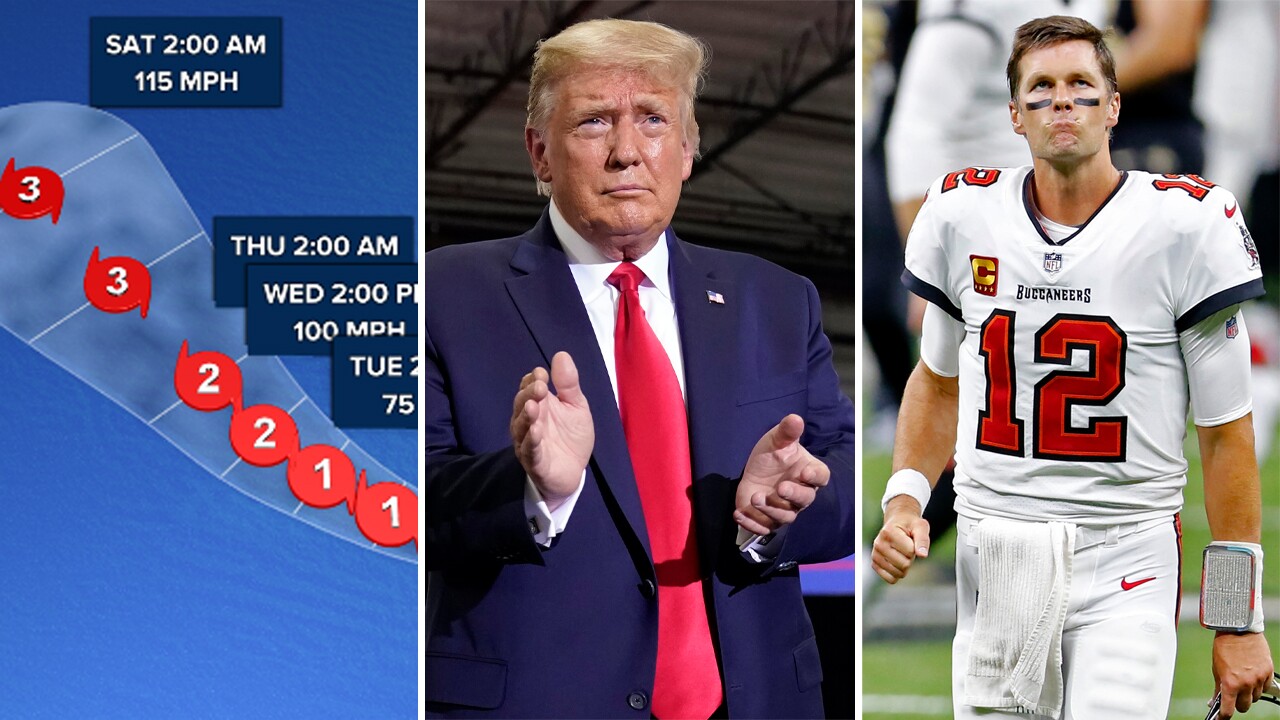 1. Cheers! Bars are back open today in most of Florida
Bars in Florida can once again open their doors beginning Monday after being closed for nearly 6 months due to COVID-19.

However, because Palm Beach County has entered an incremental Phase Two, bars in the county will not reopen on Monday, a spokesperson told WPTV.

Under the county's Phase Two reopening plan, bars, arcades, billiard halls, hookah, cigar, and other smoking bars and lounges, nightclubs, establishments offering adult entertainment, and strip clubs will be allowed to reopen with reduced capacity in the final increment of the plan.

Bars reopen in most of the state, but not Palm Beach County

2. Football is back! Hurricanes blow into the Top 25
College football and the NFL returned after months of speculation, but one college football game is already on hold due to coronavirus.

The Hurricanes won their first game and are now ranked No. 17 in the AP poll and No. 18 in the coaches poll. The move into the rankings comes, in part, by the absence of teams from Big Ten and Pacific 12 conferences, which have elected not to play football this fall.

A football game scheduled for next weekend between Brigham Young University and the Army has been postponed due to a COVID-19 outbreak.

The storm has maximum sustained winds at 40 mph. It is expected to strengthen into a hurricane in the next couple of days.

The three other active named storms are Hurricane Paulette, Tropical Depression Rene and Tropical Storm Sally. Paulette is impacting Bermuda while Sally is nearing the Gulf Coast. Rene is not expected to bring hazards to land.

4. Pres. Trump to visit site of deadly fires
President Donald Trump will visit California on Monday to give an update on the dozens of wildfires that are currently raging across the Western United States.

Trump will receive a briefing from local officials on the status of the fires that have killed 33 people in three states dating back to mid-August.

Trump has remained largely silent on the fires in the past few weeks. However, in recent days, he's taken to thanking firefighters in the region for their work in battling the flames.

Surveillance video posted by the department on Twitter shows a man walk up to the passenger side of the patrol car, raise a gun to the window and open fire.

The suspect then ran away from the scene.

Two LA sheriff's deputies fighting for their lives after being ambushed

On This Day In History
On Sept. 14, 2015, A 14-year-old Muslim boy is arrested at his high school in Irving, Texas after a digital clock he had reassembled at home using a pencil case was mistaken by his teacher to be a bomb.

Ahmed Mohamed, a freshman at the time, was questioned by police, detained and led in handcuffs to a juvenile detention center and suspended from school for three days for what authorities called a “hoax bomb,” but what was actually a homemade clock.

Mohamed’s arrest set off a media storm, as many saw the incident as an example of racial profiling. Mohamed became known as the “Clock Boy,” and the hashtag #IStandWithAhmed appeared on social media.