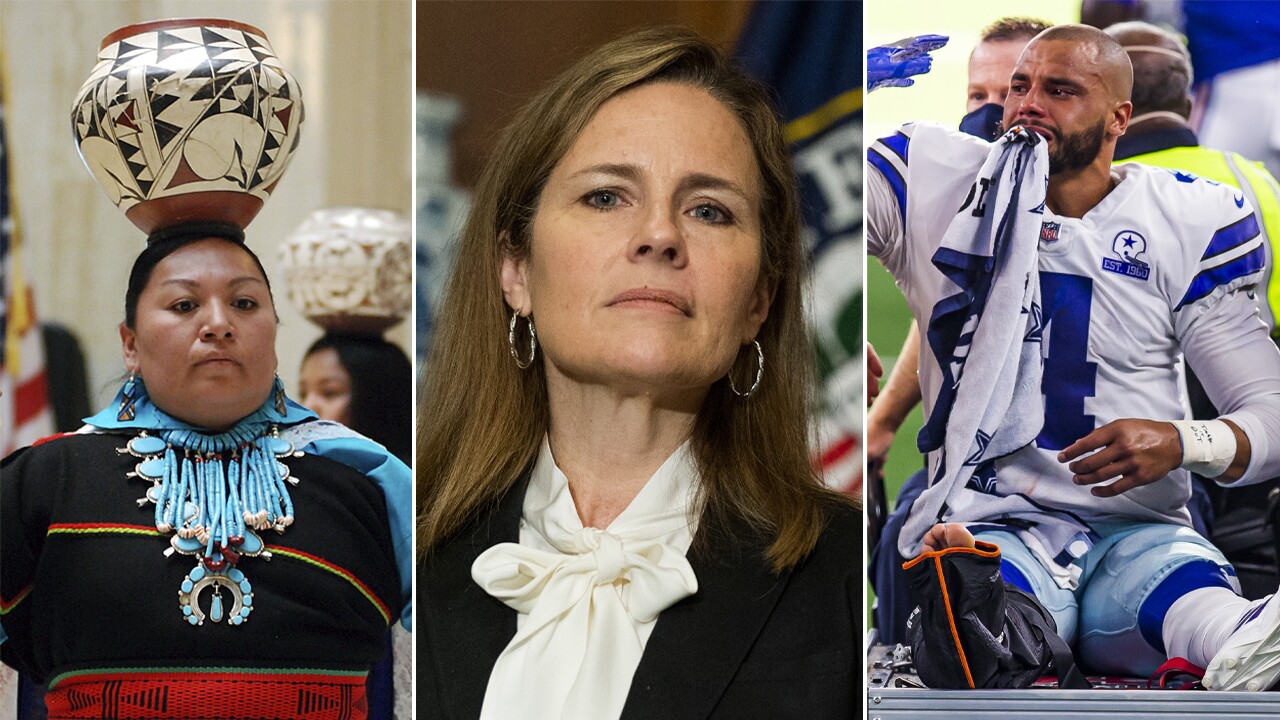 Trump's first rally back on the campaign trail will be at an airport in Sanford, Florida.

Some medical experts had been skeptical that Trump could be declared free of the risk of transmitting the virus so early in the course of his illness.

Native American advocates have pressed states for years to change Columbus Day to Indigenous Peoples Day over concerns that Christopher Columbus helped launch centuries of genocide against indigenous populations in the Americas.

3. The Supreme Court confirmation process begins today
Supreme Court nominee Amy Coney Barrett will tell senators that courts “should not try” to make policy, leaving those decisions to the political branches of government.

You can watch the hearings on any WPTV streaming device starting at 9 a.m.

We're just three weeks away from Election Day and millions of Americans already have voted. The debate over the Supreme Court has brought more intensity to the presidential election following the death of liberal justice Ruth Bader Ginsberg and now a fast nomination of conservative Amy Coney Barrett.

4. Time for the NBA to pop the bubble and maybe the NFL needs to start one
The season in the bubble at Disney World has ended as the Lakers defeated the Miami Heat 106-93 in Game 6 of the NBA Finals Sunday night.

The NFL moved several games after another Patriots player tested positive for COVID-19. The Dolphins are one of eight NFL teams to have its schedules shuffled as a result of New England's coronavirus outbreak. You can see the full schedule of changes at the link above.

In other NFL news, don't look up pictures of Dak Prescott's injury. You don't want to see it. The Dallas quarterback's season ended on a gruesome ankle injury against the New York Giants on Sunday. Messages of support have flooded social media for a full recovery.

5. Coronavirus: Florida having lab troubles; Fauci says ad is misleading
One day after not reporting data because of a massive dumping of test results from a private lab not affiliated with the state, the Florida Health Department announced U.S.-high 178 additional deaths and 5,570 more cases over two days.

Speaking of coronavirus, Dr. Anthony Fauci said a new ad featuring him on behalf of President Donald Trump's coronavirus response was taken out of context.

Fauci said he didn't consent to be featured in the ad and that he doesn't provide any political endorsements.

Today's Forecast
Weak front moving down the state, but not much relief in terms of temperatures. Humidity drops a little bit and rain chances go down.

The Soviet Union launches Voskhod 1 into orbit around Earth, with cosmonauts Vladamir Komarov, Konstantin Feoktistov, and Boris Yegorov aboard. Voskhod 1 was the first spacecraft to carry a multi-person crew, and the two-day mission was also the first flight performed without space suits.