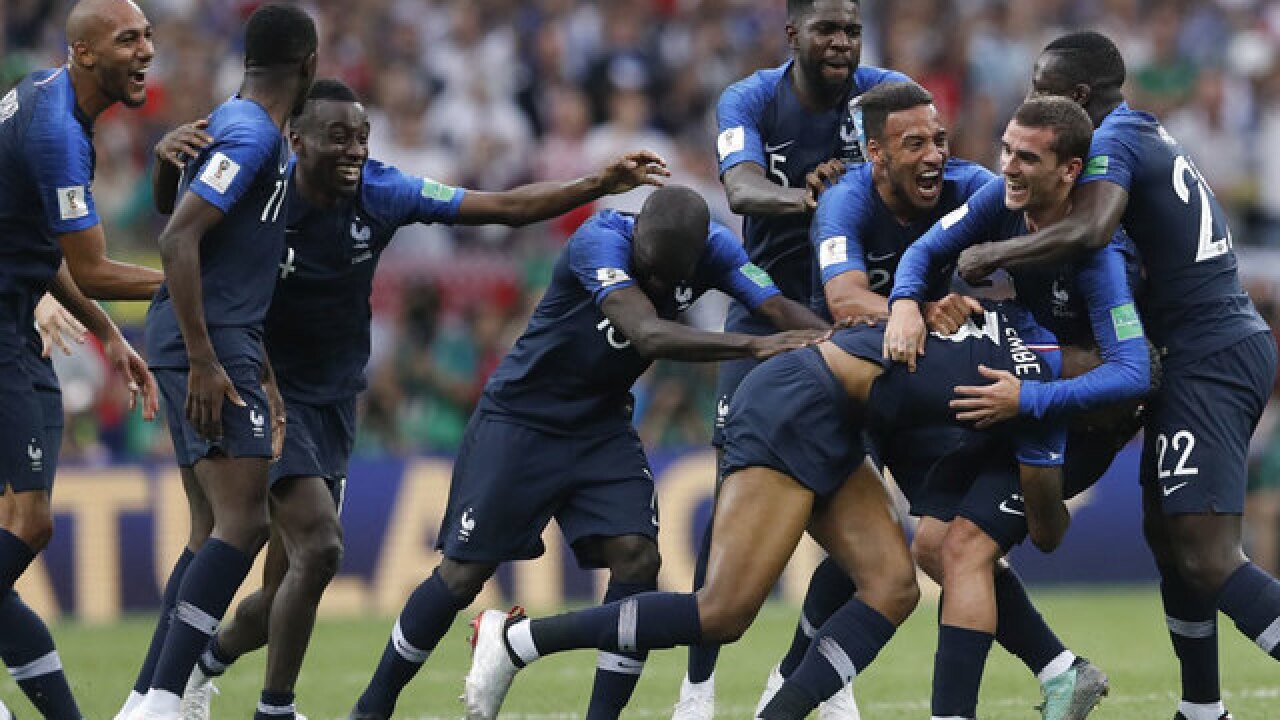 (CNN) -- There was to be no final, dramatic twist in a World Cup which has been full of joyous surprises and jaw-dropping late drama.

Twenty years after France won the first World Cup in its country's history, a youthful Les Bleus side beat Croatia 4-2 in Moscow to win football's most prestigious prize for the second time.

This was the highest-scoring final since 1966 and an entertaining climax a wonderful tournament deserved. In 90 high-octane minutes there was a controversial VAR decision, an own goal, record-breaking feats and an underdog pushing a heavyweight to its limit.

A Mario Mandzukic's own goal and a controversial Antoine Griezmann penalty either side of Ivan Perisic's wonderful long-range strike gave France a 2-1 lead at the break.

Arguably, France was undeservedly ahead but by the hour Les Bleus scored two further goals, through Paul Pogba and Kylian Mbappe, to put the former champions in command and the result in little doubt.

A dreadful error by captain Hugo Lloris allowed Mandzukic to reduce the deficit in the 69th minute. Croatia went in search of more goals but France, despite nerves creeping in to its play, refused to fold.