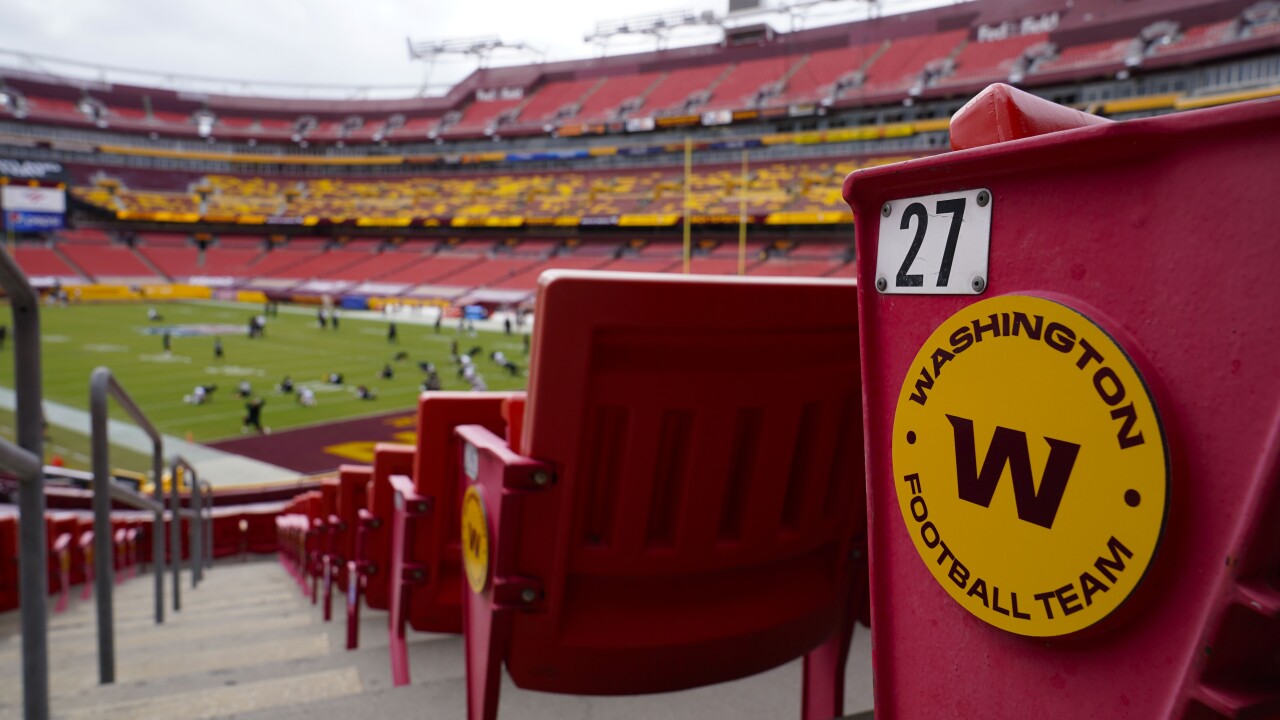 The Washington Football Team might be called that longer than previously expected.

Ahead of the team’s first game of the season against the Philadelphia Eagles, owner Daniel Snyder told The Wall Street Journal the team name may remain as it is.

“Sure, it's possible!” Snyder wrote in an email to the WSJ. “If the Washington Football Team name catches on and our fans embrace it then we would be happy to have it as our permanent name. I think we have developed a very classy retro look and feel.”

The team dropped their name this summer, after years of criticism because it is a racial slur toward Native Americans. Earlier this summer, major sponsors of the team, including FedEx, publicly asked Snyder and the team to change their name.

Comments in July indicated the team would work on a new name through the 2020 season.

The old team name had been in place since 1933.

“However, over the past few years the name had increasingly become a distraction from our primary focus of football,” Snyder said in his email. “So, in the spirit of inclusivity, we made the decision to move forward. We want our future name and brand to stand for something that unifies people of all backgrounds and to continue to be a source of pride for the next 100 years or more.”

The team kept their red-and-gold colors, and replaced the team’s nickname logo on helmets and jerseys with a “W.”