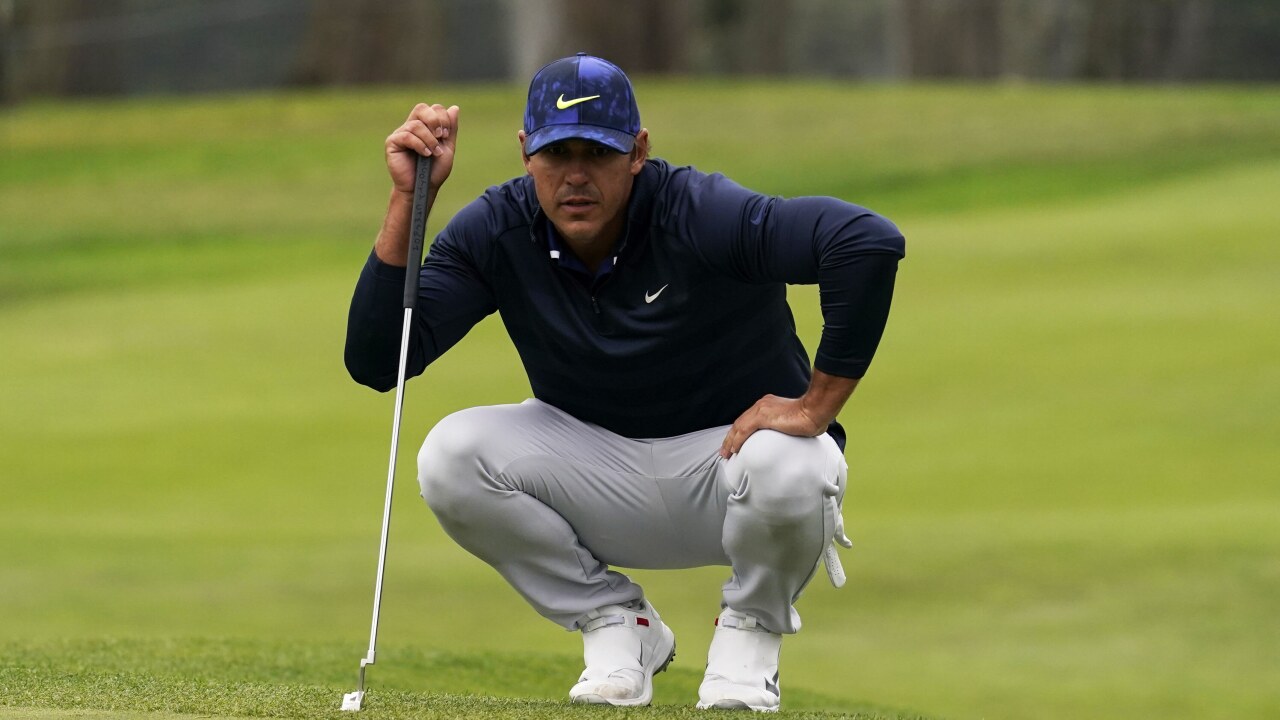 (Copyright 2020 The Associated Press. All rights reserved. This material may not be published, broadcast, rewritten or redistributed.)
Jeff Chiu/AP
Brooks Koepka lines up a putt on the 13th hole during the third round of the PGA Championship golf tournament Saturday, Aug. 8, 2020, at TPC Harding Park in San Francisco.

SAN FRANCISCO — Bogey, bogey, bogey. This was not what Brooks Koepka had in mind when he was thinking about three in a row at the PGA Championship.

Now, if he's going to become the first player to three-peat at the PGA since the 1920s, he'll have to win his first in come-from-behind fashion.

One bad swing and a couple of bad breaks led to the bogeys that undermined what was an otherwise solid day. He bounced back with a pair of birdies down the stretch to shoot 1-under 69 and finish at 7 under.