Talladega will no longer be NASCAR elimination race in 2017 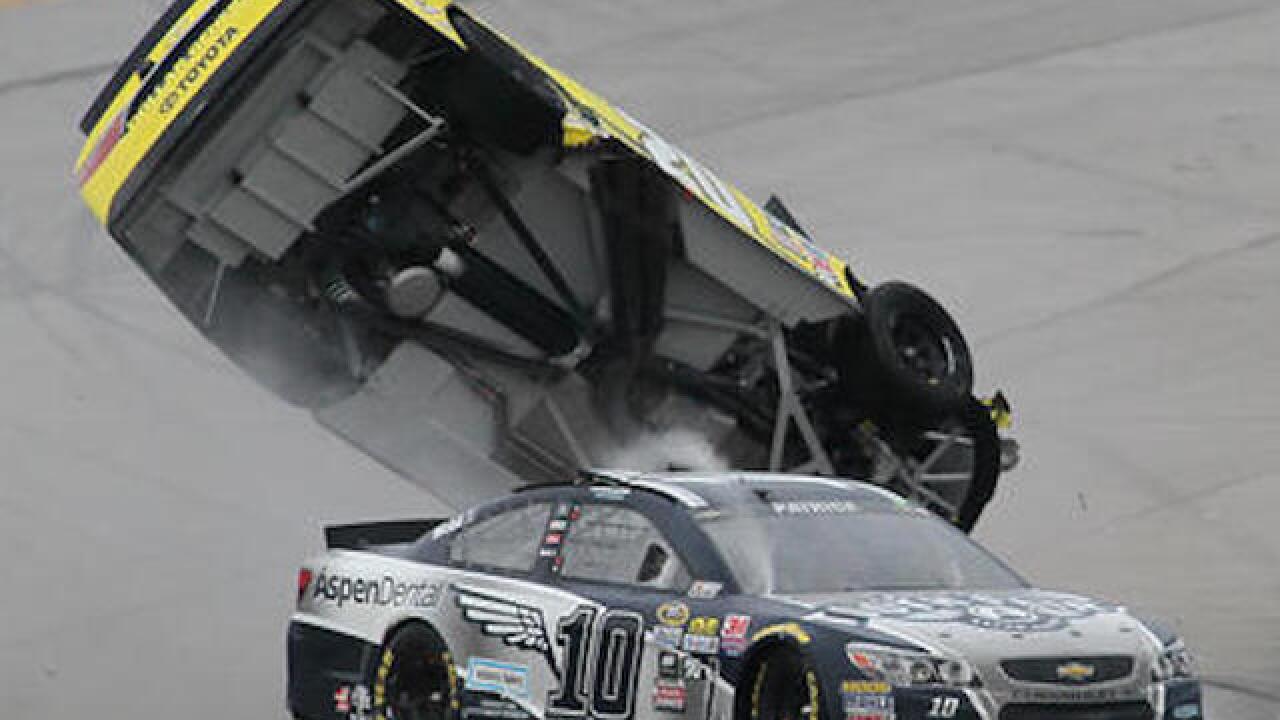 Copyright Associated Press
&lt;p&gt;Matt Kenseth's car flips after Danica Patrick (10) crashed into him during the NASCAR Talladega auto race at Talladega Superspeedway, Sunday, May 1, 2016, in Talladega, Ala. (AP Photo/Greg McWilliams)&lt;/p&gt;

KANSAS CITY, Kan. (AP) — NASCAR has decided that unpredictable Talladega Superspeedway won't be an elimination race in next year's championship Chase, instead taking the pivotal stop to Kansas Speedway.

The two tracks swapped dates Thursday in the most significant change to the 2017 schedule .

To the frustration of many drivers, Talladega had been the third race in the second round of the Chase for the Sprint Cup championship. The chaotic finish last year, when a wreck prevented Dale Earnhardt Jr. from having a chance to race Joey Logano for the victory, only underscored those opinions.

Logano was already locked into the next round of the Chase, but Earnhardt needed a win to advance. NASCAR's most popular driver wound up finishing second under caution and was eliminated from championship contention.

Things were just as chaotic at Talladega last weekend, when several multi-car accidents involved 35 cars. Some drivers opined that they'd rather sit at home than run at the restrictor-plate track.

Talladega becomes the second race in the Round of 12 on Oct. 15. The more predictable mile-and-a-half Kansas Speedway becomes the final race before the elimination to eight drivers on Oct. 22.

"Every race is important in NASCAR, but having a cutoff race will make the competition even more exciting at Kansas Speedway next fall," track president Pat Warren said. "Kansas Speedway's Chase race has played such an important part in deciding the championship."

The season begins Feb. 26 with the Daytona 500 and culminates Nov. 19 at Homestead-Miami Speedway, and will cover 40 weeks with open weekends in April and August.

Among other changes, Dover's spring date was moved from mid-May to June 4, the weekend following the popular Charlotte race. Michigan and Bristol swapped spots in August, while the Saturday night race at Texas in the spring has been moved to Sunday afternoon.

"The overall sentiment is that (fans) preferred a Sunday race because it provided a more expansive weekend of activities," Texas Motor Speedway president Eddie Gossage said. "This is great for the tourism-related businesses in Dallas-Fort Worth and a great schedule for our fans."