Amendment to executive order clears way for sports to resume, but without fans 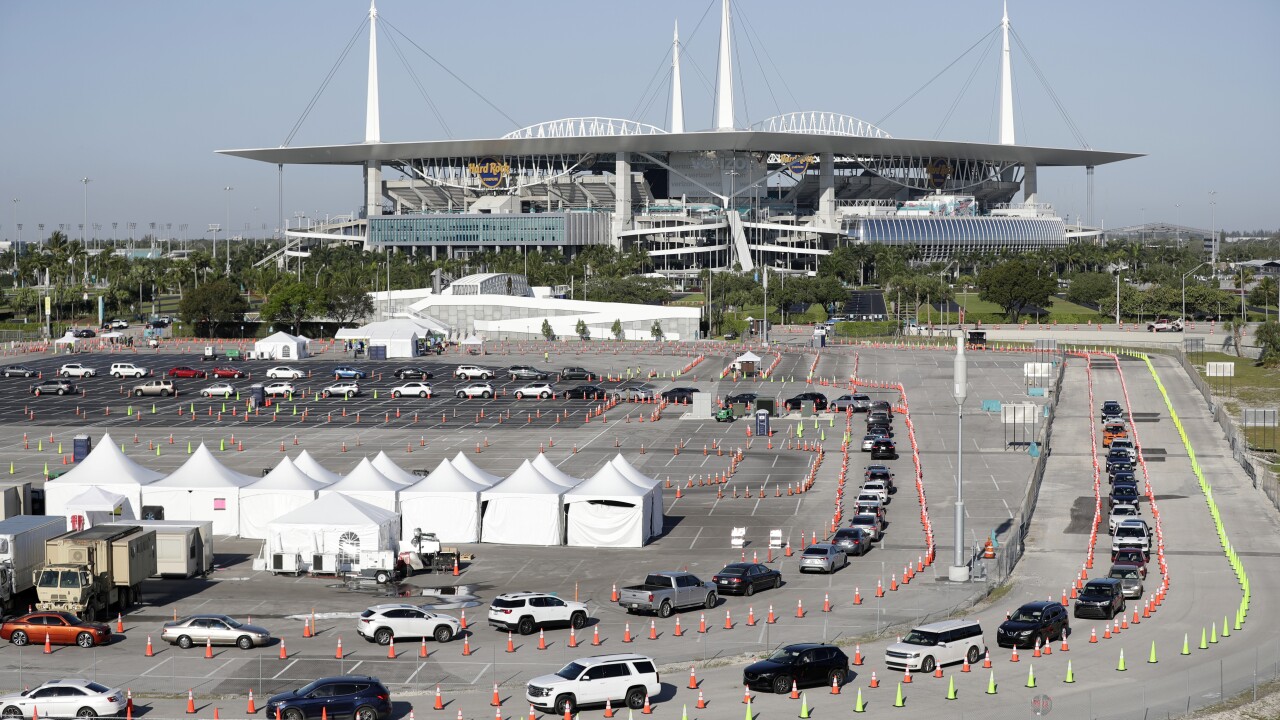 (Copyright 2020 The Associated Press. All rights reserved. This material may not be published, broadcast, rewritten or redistributed.)
Wilfredo Lee/AP
Cars line up at a drive-thru coronavirus testing site in front of Hard Rock Stadium, Monday, March 30, 2020, in Miami Gardens, Fla.

WEST PALM BEACH, Fla. — Professional sports can resume in Florida, provided they are closed to the general public.

An April 9 memorandum from Jared Moskowitz, who heads the Florida Division of Emergency Management, explains that employees of professional sports have since been deemed essential in an amendment to an April 1 executive order issued by Gov. Ron DeSantis.

According to the memo, recent additions to the list of "essential services" in the state include "employees at a professional sports and media production with a national audience -- including any athletes, entertainers, production team, executive team, media team and any others necessary to facilitate including services supporting such production -- only if the location is closed to the general public."

The addition allows World Wrestling Entertainment, which operates in Orlando, to continue -- albeit without fans.

There are also logistic considerations. Several sports venues are being utilized for coroanvirus testing, including Hard Rock Stadium in Miami Gardens, where the Dolphins play, and Marlins Park in Miami.

DeSantis said at a news conference Tuesday that people are "chomping at the bit" for sports.

"If you think about it, we've never had a period like this in modern American history where you've had such little new content, particularly in the sporting realm," DeSantis said.

The WWE has already resumed production. It has three television shows per week, including "SmackDown" on Friday nights on FOX.