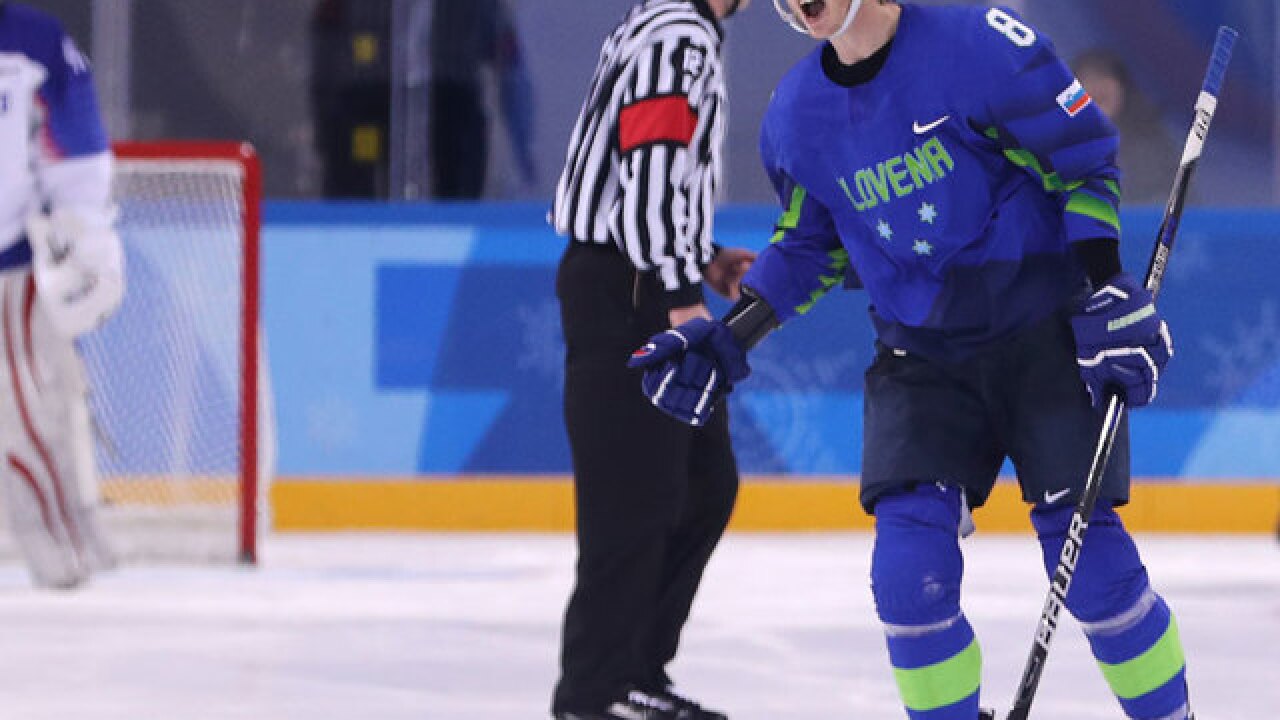 Copyright 2018 Scripps Media, Inc. All rights reserved. This material may not be published, broadcast, rewritten, or redistributed.
&lt;p&gt;Ziga Jeglic #8 of Slovenia celebrates after scoring the game winning goal in a shootout against Slovakia during the Men's Ice Hockey Preliminary Round on Day 8 of the PyeongChang 2018 Winter Olympic Games at Kwangdong Hockey Centre on February 17, 2018 in Gangneung, South Korea. (Photo by Maddie Meyer/Getty Images)&lt;/p&gt;

PYEONGCHANG, South Korea (AP) — A Slovenian hockey player has become the third athlete to test positive for doping at the Pyeongchang Olympics.

The Court of Arbitration for Sport said Tuesday that Ziga Jeglic tested positive for fenoterol in an in-competition test. Fenoterol is a drug designed to open the airways to the lungs.

Jeglic has been suspended from the games and has been ordered to leave the athletes village within 24 hours.

Slovenia played Norway in men's hockey on Tuesday, but Jeglic was scratched from the team.

The 29-year-old forward played in all three preliminary-round games and had an assist. He has two goals and four assists in 26 games this season with Neftekhimik Nizhnekamsk in the Kontinental Hockey League.

This is the second consecutive international tournament from which Jeglic has been suspended. He was banned for two games at the world championships last year for swinging his skate at Switzerland winger Thomas Rufenacht.