Game moved to Annapolis for first time ever 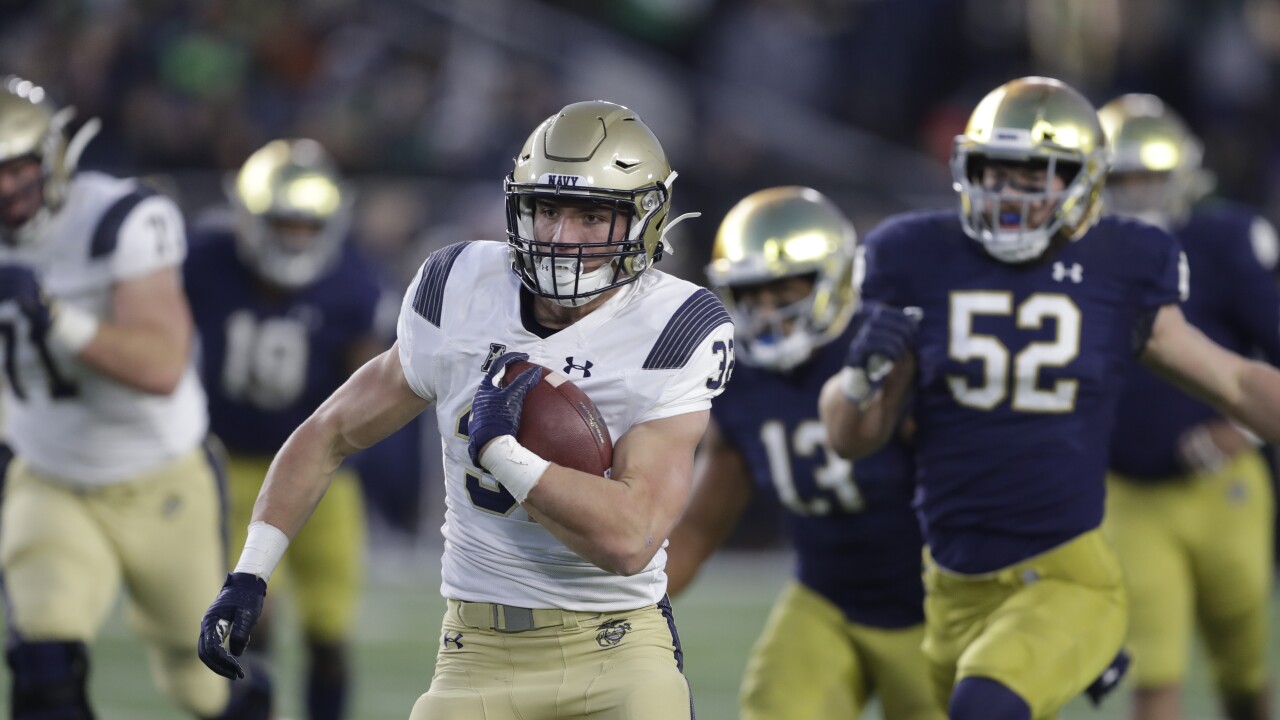 (Copyright 2020 The Associated Press. All rights reserved. This material may not be published, broadcast, rewritten or redistributed.)
Darron Cummings/AP
Navy fullback Isaac Ruoss runs during the second half of a game against Notre Dame, Saturday, Nov. 16, 2019, in South Bend, Ind. Notre Dame won 52-20.

The schools announced Tuesday that the 2020 season opener between the Fighting Irish and Midshipmen won't be played in Dublin because of the coronavirus pandemic.

Originally scheduled for Aug. 29 at Aviva Stadium, the game will instead take place at Navy-Marine Corps Memorial Stadium in Annapolis, Maryland, for the first time in the 94-year history of the rivalry.

"Our student-athletes have had great experiences competing in Ireland and are very disappointed not to be returning to Dublin in 2020," Notre Dame athletic director Jack Swarbrick said in a statement. "The change of venue has been a very difficult decision for our colleagues at the Naval Academy, but we are in full support of their choice. We are also grateful for everything our partners in Ireland have done to make this a smooth transition. We look forward to going back to Ireland for a game in the not too distant future."

The game will now likely be played on Labor Day weekend and will be nationally televised by either ABC or ESPN.

"We are obviously disappointed not to be traveling to Ireland this August," Navy athletic director Chet Gladchuk said in a statement. "But, as expected, our priority must be ensuring the health and safety of all involved. I am expecting that we will still be able to play Notre Dame as our season opener, but there is still much to be determined by health officials and those that govern college football at large. Once we have a definitive plan in place, we will announce the specifics pertaining to the game."

Both schools said they will try to make good on the Ireland game "in the coming years."

The Irish have won the last three meetings, including a 52-20 victory last season.