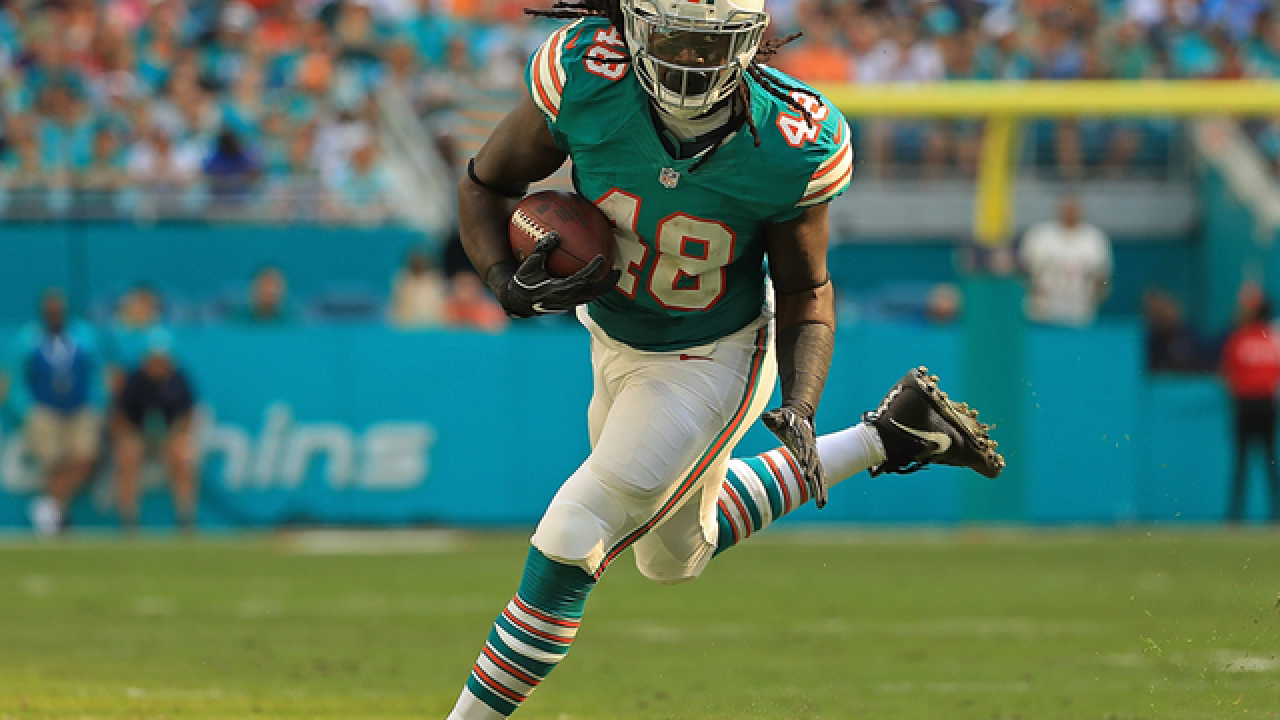 Copyright Getty Images
&lt;p&gt;MarQueis Gray #48 of the Miami Dolphins rushes during a game against the San Francisco 49ers on November 27, 2016 in Miami Gardens, Florida. (Photo by Mike Ehrmann/Getty Images)&lt;/p&gt;

The Dolphins signed tight end Gavin Escobar, who played in 64 games for the Dallas Cowboys in 2013-16.

Gray played in every game the past two years. His injury likely means a bigger role for rookie tight end Mike Gesicki, a second-round pick.