Miami Dolphins' Josh Rosen says he can be franchise quarterback 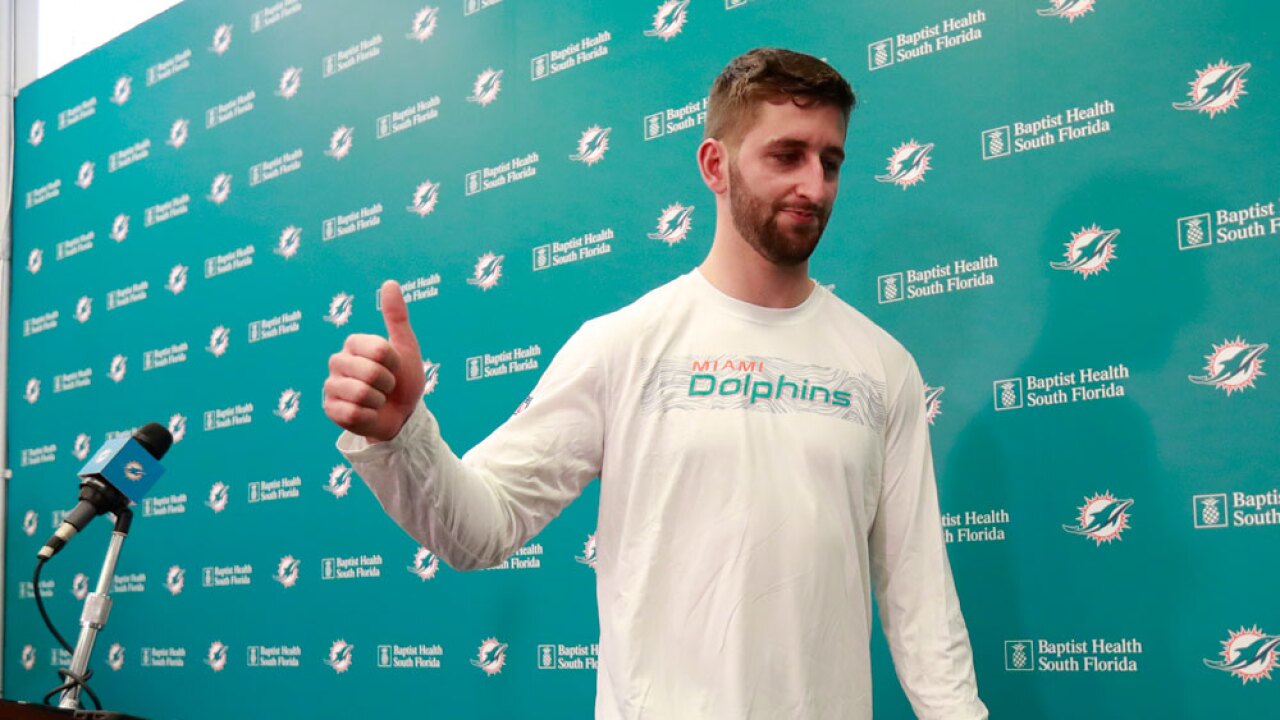 DAVIE, Fla. (AP) — Josh Rosen is embracing his fresh start with the Miami Dolphins and says he still believes he can be a franchise quarterback, despite being supplanted by Kyler Murray after only one season at Arizona.

At his introductory news conference with the Dolphins on Monday, Rosen smiled a lot and even cracked a couple of jokes, such as when he was asked if he had a chip on his shoulder after a rocky rookie season. Rosen responded that his chip doesn't need to grow any more because he "might tip over."

Arizona traded Rosen on Friday to the Dolphins for two draft picks, and he says he feels as though he was drafted for the second year in a row. He'll compete in Miami for playing time with veteran Ryan Fitzpatrick, another Dolphins newcomer.