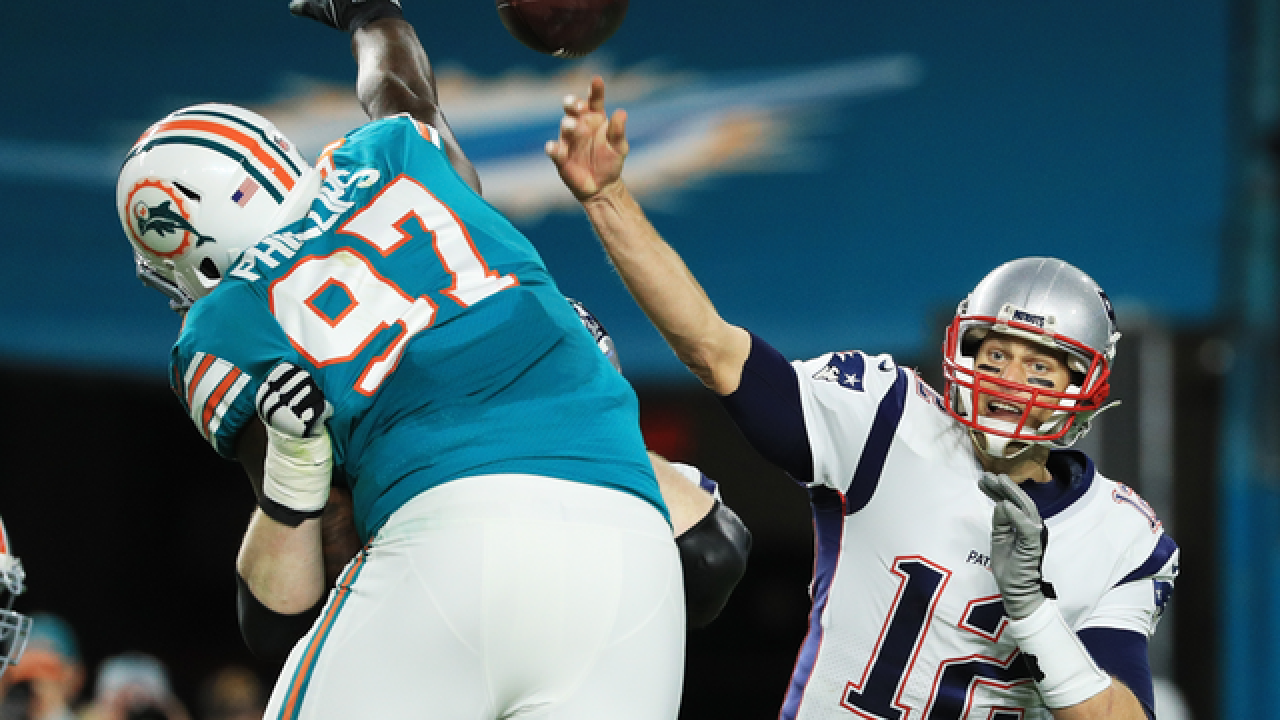 Copyright Getty Images
&lt;p&gt;Jordan Phillips #97 of the Miami Dolphins attempts to block a pass by Tom Brady #12 of the New England Patriots in the third quarter at Hard Rock Stadium on December 11, 2017 in Miami Gardens, Florida. (File photo by Mike Ehrmann/Getty Images)&lt;/p&gt;

DAVIE, Fla. (AP) — The Miami Dolphins released defensive tackle Jordan Phillips on Tuesday in the wake of his angry outburst on the sideline after he came out of a lopsided loss at New England.

"Free at last free at last," Phillips wrote on Instagram. "Good luck to my brothers on the team. I'll miss ya'll, but I couldn't be happier to be out of there. ... Sometimes you got to put your future in your own hands and live with it."

The Dolphins had the day off and didn't discuss the reason for the move. On Monday, coach Adam Gase defended defensive line coach Kris Kocurek's substitution pattern.

Phillips and the rest of Miami's front four were dominated in Sunday's 38-7 loss to the Patriots, who rushed for 175 yards. The defeat dropped Miami to 3-1.

Phillips was a second-round draft pick in 2015 who has 26 starts and developed a reputation as an underachiever. He came off the bench this season as part of the defensive line rotation, and had one sack and five tackles.

Gase has spoken often about his desire to improve the team's culture following a 6-10 season in 2017.