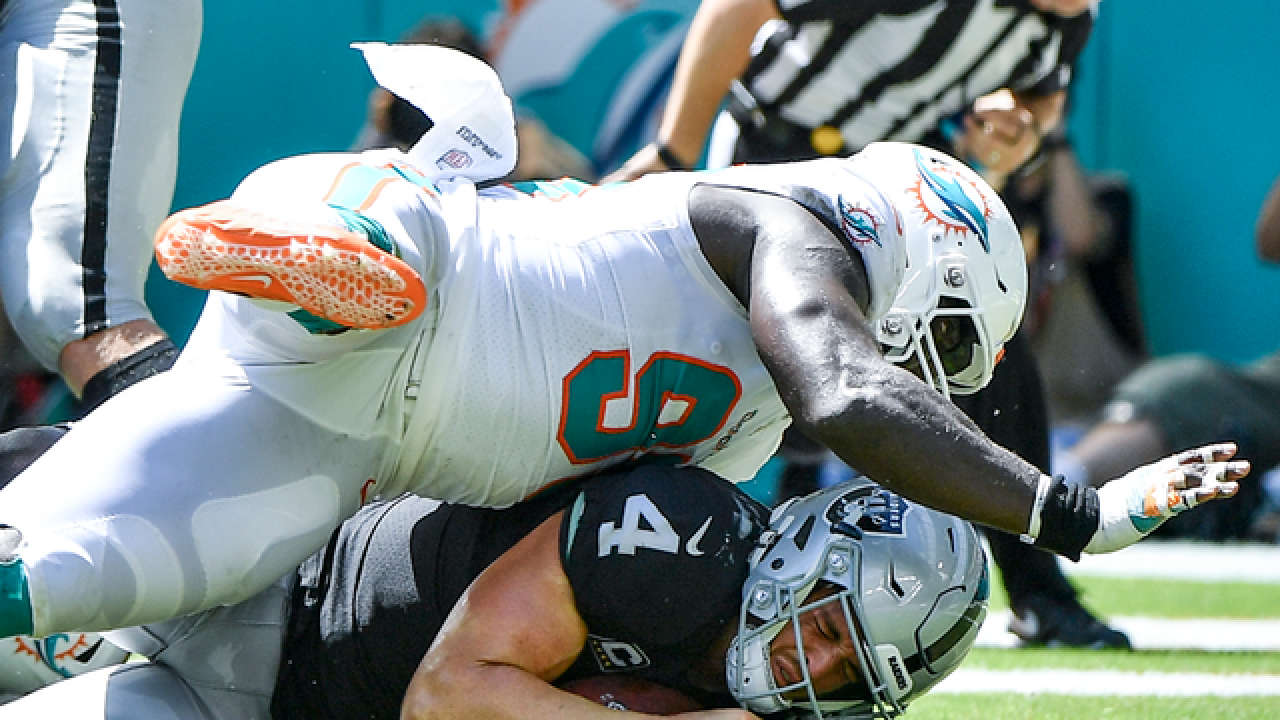 DAVIE, Fla. (AP) — Miami Dolphins defensive end William Hayes will miss the rest of the season with a torn ACL, a costly loss even though the front four is the team's deepest area.

Hayes was hurt when he sacked Oakland's Derek Carr during Miami's 28-20 victory Sunday.

Hayes leads the Dolphins with two sacks and is their best run defender.

Injuries to defensive end Andre Branch, tight end A.J. Derby and linebacker Chase Allen were still being evaluated Monday but did not appear to be season ending, Gase said.

The loss of Hayes, Branch and defensive tackle Akeem Spence, who was ejected, left Miami with only six defensive linemen. Offensive tackle Jesse Davis filled in as an emergency defender during a goal-line situation.