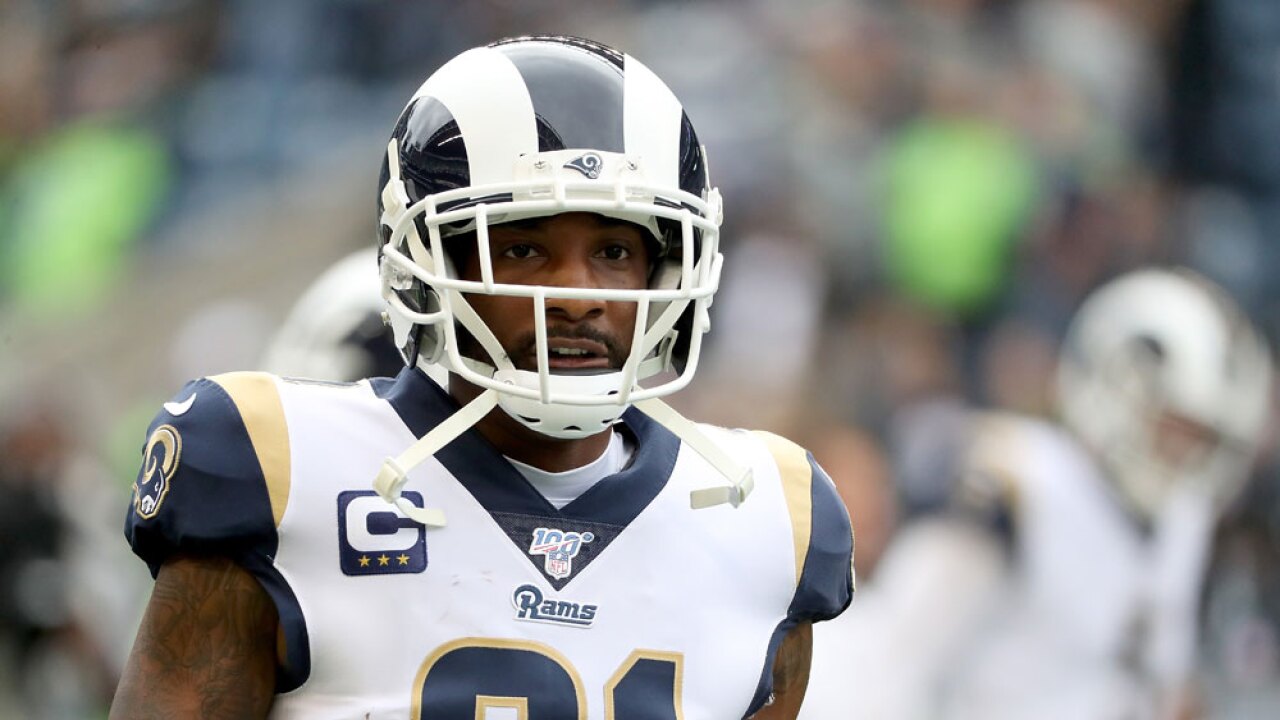 The Rams on Tuesday confirmed the deal first reported by ESPN.

Talib is on injured reserve with a rib injury, and the veteran defensive back might not play again this season.

Talib played in eight regular-season games last year and five more this year, making just one interception and struggling with injuries in both seasons with the Rams. But he returned last year to start all three playoff games for Los Angeles, including the Super Bowl.

The Rams have parted ways with three of their four Super Bowl secondary starters. The fourth, safety John Johnson, is on injured reserve.