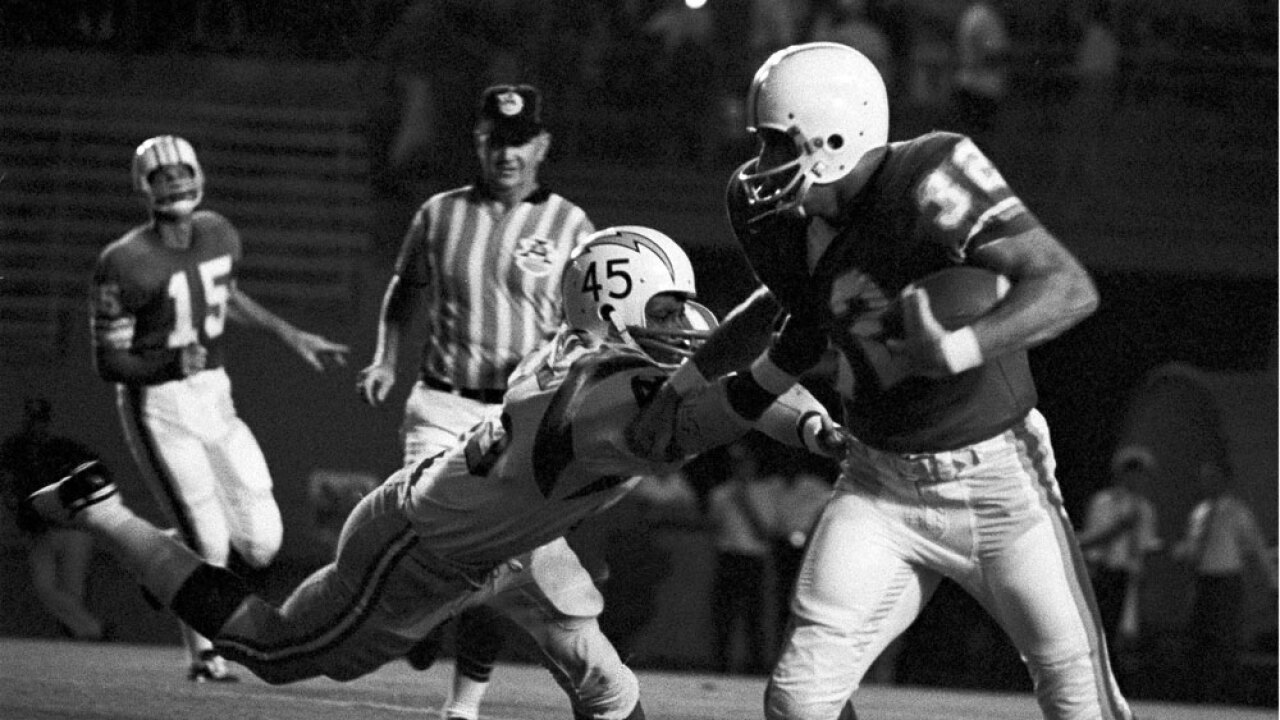 Associated Press
Associated Press
Charger defensive back Leslie Duncan (45) grabs hold of Miami Dolphin Joe Auer by the shirt-tail, spins him around and down in an AFL Exhibitiongame Saturday night at the Miami Orange Bowl, Aug. 12, 1967. (AP Photo)

MIAMI (AP) — Joe Auer, who returned a kickoff for a Miami Dolphins touchdown on the franchise's first play, has died at age 77.

Auer fielded a kickoff to start the Dolphins' first game as an AFL expansion team in 1966 and returned it 95 yards for a score against the Oakland Raiders. In the years that followed, Auer joked that he heard from more people about that game than the 26,276 who were actually in attendance at the Orange Bowl.

Auer went on to lead the 1966 Dolphins in rushing, and was chosen as the franchise's first most valuable player.

He played for the AFL champion Buffalo Bills in 1964-65, and his final professional season was with the NFL's Atlanta Falcons in 1968. Auer played in college for the Miami Hurricanes and Georgia Tech.

The first touchdown in team history took place in 15 seconds.

Joe Auer was named the most valuable player in the team's inaugural season of 1966. pic.twitter.com/Cj2xxDE6b9