Rankings will be unveiled on Thanksgiving 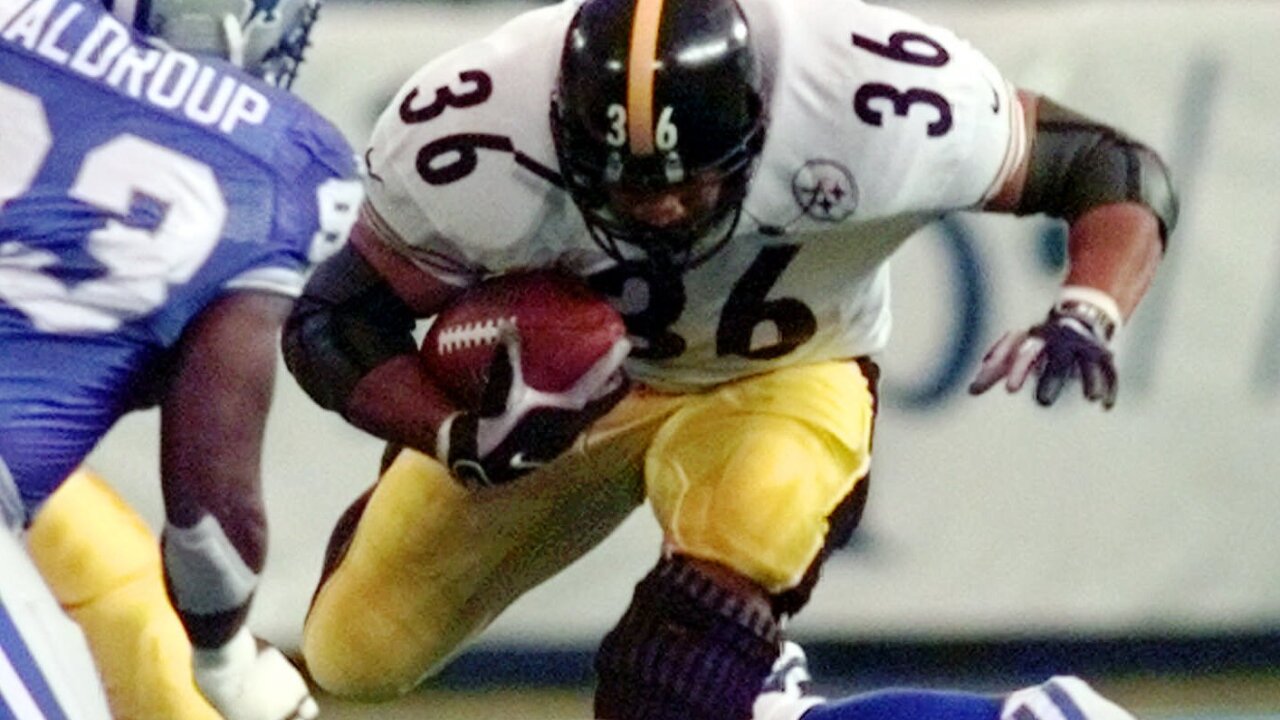 (Copyright 2020 The Associated Press. All rights reserved. This material may not be published, broadcast, rewritten or redistributed.)
Duane Burleson/AP
Pittsburgh Steelers running back Jerome Bettis breaks through a hole in the Detroit Lions defense during the second quarter, Thursday, Nov. 26, 1998, in Pontiac, Mich.

Yes, a football tradition since 1945 will continue this Thanksgiving with the annual slate of NFL games.

Thursday's trifecta of games concludes with the Baltimore Ravens and South Florida native Lamar Jackson taking on the undefeated Pittsburgh Steelers at 8 p.m. on WPTV.

To commemorate another year of turkey day gridiron action, we want your help in choosing the five most memorable games played on Thanksgiving in NFL history.

We've selected seven notable games from which to choose.

Here are the seven nominees, from most recent to back in the day.

We'll share the top five, as voted on by you, before you carve up the turkey on Thanksgiving.

This Thanksgiving battle of AFC East Division teams shall forever be known as the "butt fumble" game. After a scoreless first quarter, Jets quarterback Mark Sanchez collided with the gluteus maximus of offensive lineman Brandon Moore, causing him to fumble the football. It was recovered by Patriots safety Steve Gregory and returned for a touchdown. The mishap was the centerpiece of a calamitous series of events for the Jets in the second quarter, during which time they lost three fumbles and the Patriots found the end zone three times -- one each on offense, defense and special teams -- in a span of 52 seconds. New England outscored the Jets 35-3 that quarter on the way to a 49-19 victory in the first Thanksgiving prime-time game on a broadcast network.

The "Har-bowl" paired the coaching wits of Baltimore's John Harbaugh against San Francisco's Jim Harbaugh. Much of the first three quarters was a defensive battle before the Ravens broke a 6-6 tie with an 8-yard touchdown pass from quarterback Joe Flacco to tight end Dennis Pitta in the fourth quarter. Billy Cundiff tacked on a 39-yard field goal late in the fourth en route to a 16-6 victory. The Harbaughs would meet again in Super Bowl XLVII to conclude the 2012 season, with big brother John once again getting the best of little brother Jim.

This game is perhaps best remembered for what happened during the coin toss to determine whether Detroit or Pittsburgh got the ball first in sudden-death overtime. Steelers running back Jerome Bettis claimed he called "tails," but referee Phil Luckett insisted that Bettis had called "heads-tails." NFL rules dictate that a team's first call must be used, so Luckett awarded the ball to the Lions, who won on a 42-yard field goal on their first possession in overtime. As a result, the NFL now requires that the team captain call heads or tails before the coin toss.

The defending Super Bowl champions were facing the Dan Marino-less Dolphins on a snow-covered field in what has since become a Thanksgiving classic. Trailing 14-13 with 15 seconds remaining, Dolphins head coach Don Shula sent kicker Pete Stoyanovich onto the field to attempt a 41-yard field goal. The kick was blocked by Dallas defensive tackle Jimmie Jones, but while his teammates were celebrating, fellow lineman Leon Lett ran toward the football, past a few Dolphins players, slipped on the frozen turf and kicked the ball. The Dolphins recovered the loose ball and Stoyanovich made a 19-yard field goal with three seconds left to give Miami a 16-14 victory. It was the final loss for Jimmy Johnson as head coach of the Cowboys, who won out on their way to back-to-back Super Bowl trophies. The Dolphins didn't win again for the rest of the season.

This game has been dubbed the "Bounty Bowl" because of allegations that Eagles head coach Buddy Ryan had placed bounties on Cowboys kicker Luis Zendejas and rookie quarterback Troy Aikman. First-year Dallas head coach Jimmy Johnson claimed that there was a $200 bounty on Zendejas, who had been cut by Philadelphia earlier in the season, and a $500 bounty on Aikman. "I have absolutely no respect for the way they played the game," Johnson told reporters after the lopsided loss. "I would have said something to Buddy, but he wouldn't stand on the field long enough. He put his big, fat rear end into the dressing room." Ryan denied the accusation. "I resent that," he said. "I've been on a diet, lost a couple of pounds. I thought I was looking good."

This remains the highest-scoring Thanksgiving game since the NFL merger in 1970. Green Bay wide receiver Walter Stanley netted 207 all-purpose yards and three scores, including an 83-yard punt return for a touchdown to win the game. Stanley, who had an otherwise undistinguished NFL career, went on to play for the Lions in 1989.

The Lions led the Bears 17-3 headed into the fourth quarter of the first Thanksgiving overtime game. Chicago outscored Detroit 14-0 in the final quarter and forced overtime when quarterback Vince Evans scrambled and dove into the end zone on the last play of regulation. But it didn't last long. Bears running back Dave Williams returned the opening kickoff 95 yards for the game-winning touchdown in an overtime that lasted just 13 seconds -- the shortest in NFL history.