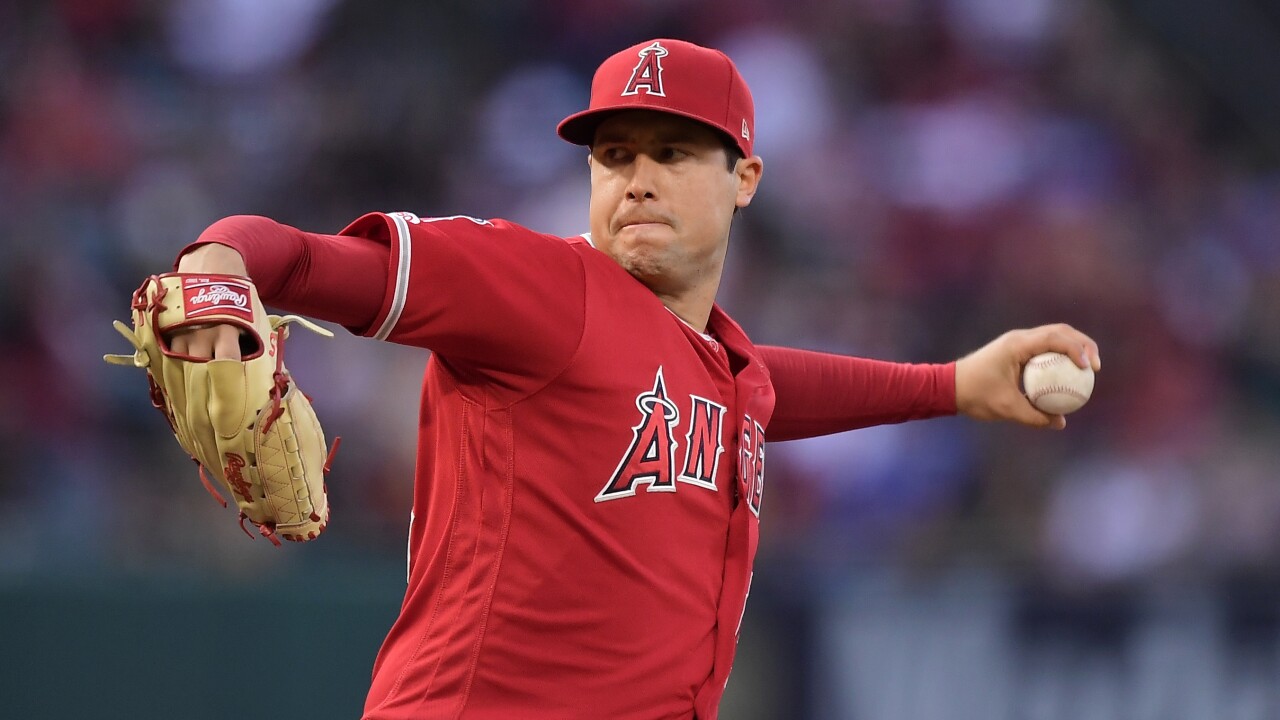 Copyright 2019 The Associated Press. All rights reserved.
Mark J. Terrill/AP
FILE - In this May 25, 2019, file photo, Los Angeles Angels starting pitcher Tyler Skaggs throws during the first inning of a baseball game against the Texas Rangers in Anaheim, Calif. The 27-year-old Los Angeles Angels pitcher was found unresponsive in his Texas hotel room after a drug overdose on July 1, 2019. He was 27. (AP Photo/Mark J. Terrill, File)

LOS ANGELES, Calif. – A former employee of the Los Angeles Angels is being charged for allegedly supplying the drugs that killed pitcher Tyler Skaggs last year, according to multiple reports.

Court documents obtained by the L.A. Times and NBC News show Eric Prescott Kay is being charged with illegal possession with intent to distribute a controlled substance.

Kay is accused of supplying fentanyl to Skaggs before he overdosed and was found dead in his Texas hotel room in July 2019. An autopsy revealed a mixture of fentanyl, oxycodone and alcohol in his system that caused him to choke on his vomit.

The affidavit filed against Kay claims Skaggs would not have died if the fentanyl was not in his system.

The Times reports Kay was director of communications for the Major League Baseball team at the time of the incident. He worked with the team for 24 years and left following Skaggs’ death.

Last October, ESPN reported that Kay told federal investigators that he provided oxycodone to Skaggs and abused it with him for years. He also claimed two team officials knew about Skaggs’ drug use long before his death.

The Angels released this statement regarding Kay’s charge:

“It has been more than a year since the tragic passing of Tyler Skaggs, and all of us affected by this loss continue to grieve. The circumstances surrounding his death are a tragedy that has impacted countless individuals and families.

“The Angels Organization has fully cooperated with Law Enforcement and Major League Baseball. Additionally, in order to comprehensively understand the circumstances that led to his death, we hired a former federal prosecutor to conduct an independent investigation.

“We learned that there was unacceptable behavior inconsistent with our code of conduct, and we took steps to address it. Our investigation also confirmed that no one in management was aware, or informed, of any employee providing opioids to any player, nor that Tyler was using opioids.

“As we try to heal from the loss of Tyler, we continue to work with authorities as they complete their investigation.”