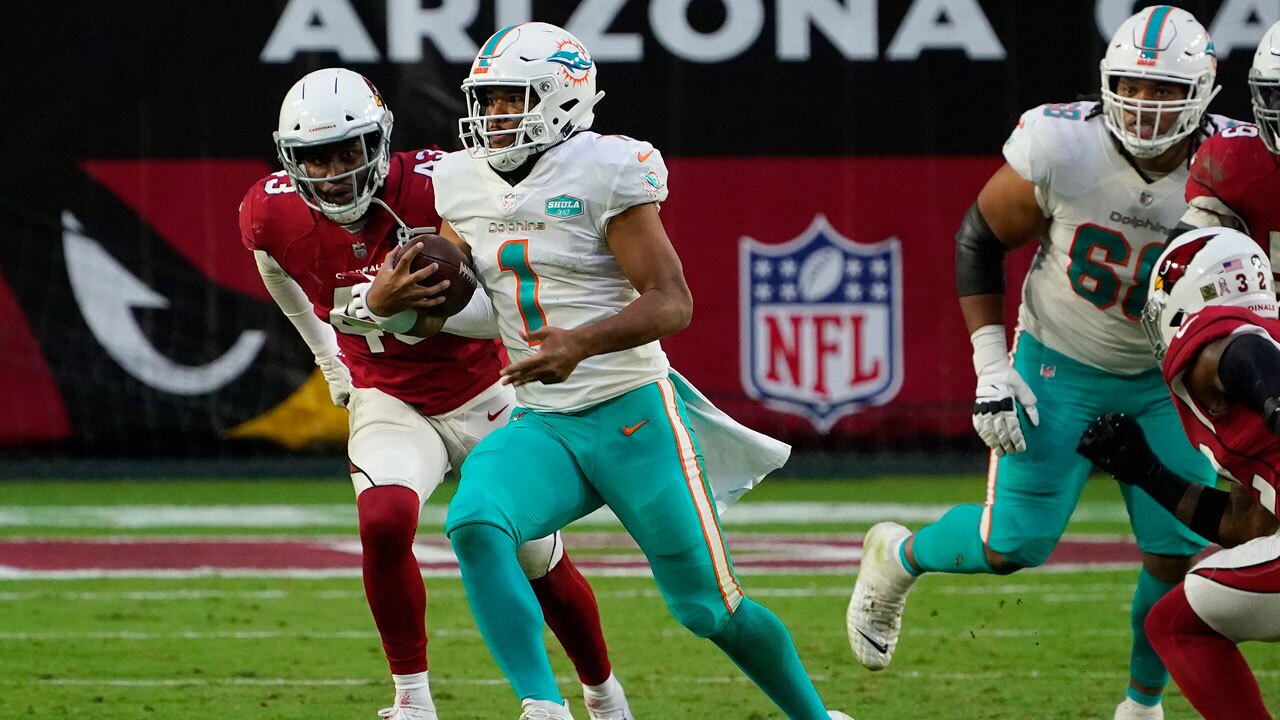 GLENDALE, Ariz. — Miami rookie quarterback Tua Tagovailoa threw for 248 yards and two touchdowns in his second NFL start and the Dolphins rallied in the fourth quarter for a 34-31 victory over the Arizona Cardinals on Sunday.

The 22-year-old Tagovailoa was on the winning end of an action-packed duel with Arizona quarterback Kyler Murray, who finished with 283 yards passing and three touchdowns. He also had 106 yards rushing on 11 carries.

Arizona’s Zane Gonzalez was short on a 49-yard field goal attempt that would have tied the game with 1:53 left.