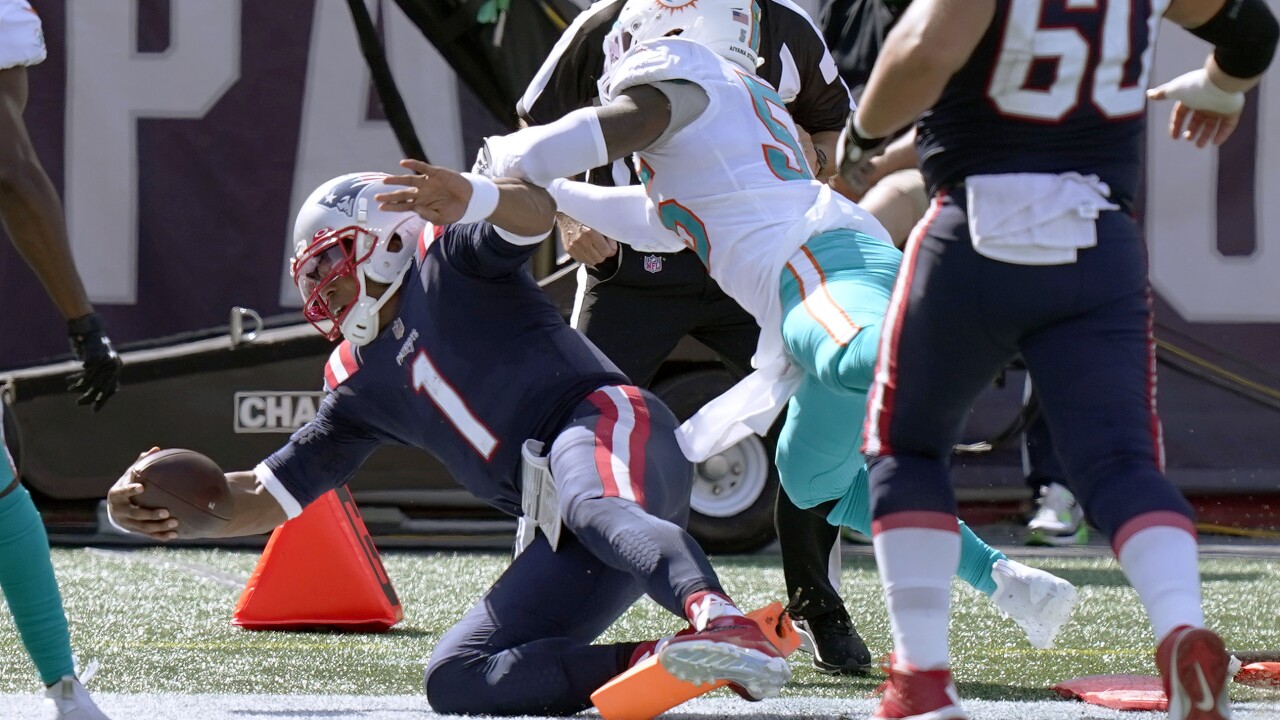 (Copyright 2020 The Associated Press. All rights reserved. This material may not be published, broadcast, rewritten or redistributed.)
Steven Senne/AP
New England Patriots quarterback Cam Newton scores his second rushing touchdown as Miami Dolphins linebacker Jerome Baker chases in the second half of the season opener, Sunday, Sept. 13, 2020, in Foxborough, Mass.

FOXBOROUGH, Mass. — Cam Newton rushed for two touchdowns and the New England Patriots held on to beat the Miami Dolphins 21-11.

Newton rushed for 15 times for 75 yards and threw for 155 yards, leading a Patriots offensive attack that did most of its damage on the ground in their first game since the departure of Tom Brady this offseason.

Ryan Fitzpatrick was 20 of 30 for 191 yards and three interceptions.