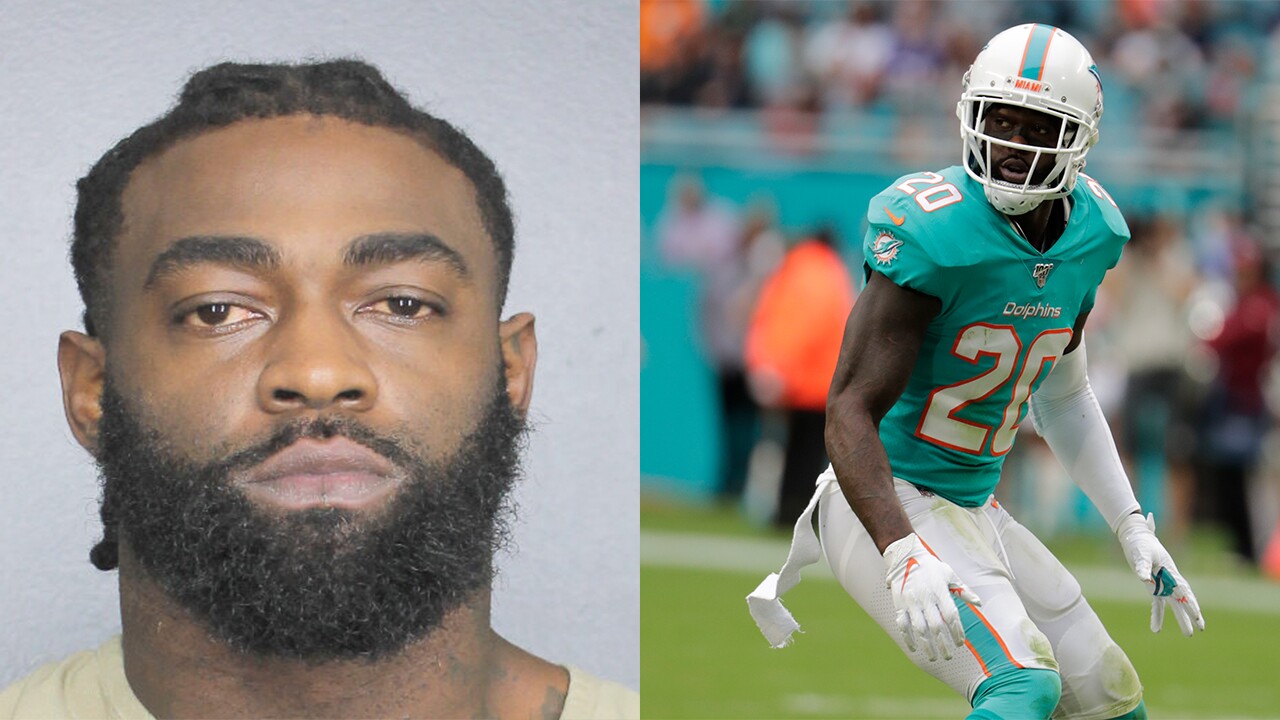 Broward Sheriff's Office/Lynne Sladky/AP
Reshad Jones, who played for the Miami Dolphins from 2010-19, was arrested on a charge of carrying a concealed firearm.

DAVIE, Fla. — A former Miami Dolphins player has been arrested on a charge of carrying a concealed firearm.

Reshad Jones, who played safety for the Dolphins from 2010-19, was arrested Wednesday in Davie.

According to a Davie police report, Jones was seen walking around a 7-Eleven parking lot with a gun in his hand shortly after 4 a.m.

When officers arrived, they saw a handgun protruding from his pants pocket and ordered him to get on the ground, to which he complied.

"Jones was very difficult with officers and appeared to be under the influence of an unknown substance," the report said. "Jones also had a heavy odor of alcohol coming from his person."

Jail records show Jones was being held in the main Broward County jail on a $1,000 bond Wednesday morning. He has since been released.

The two-time Pro Bowl player spent all 10 seasons with the Dolphins. He was released by the team in March.