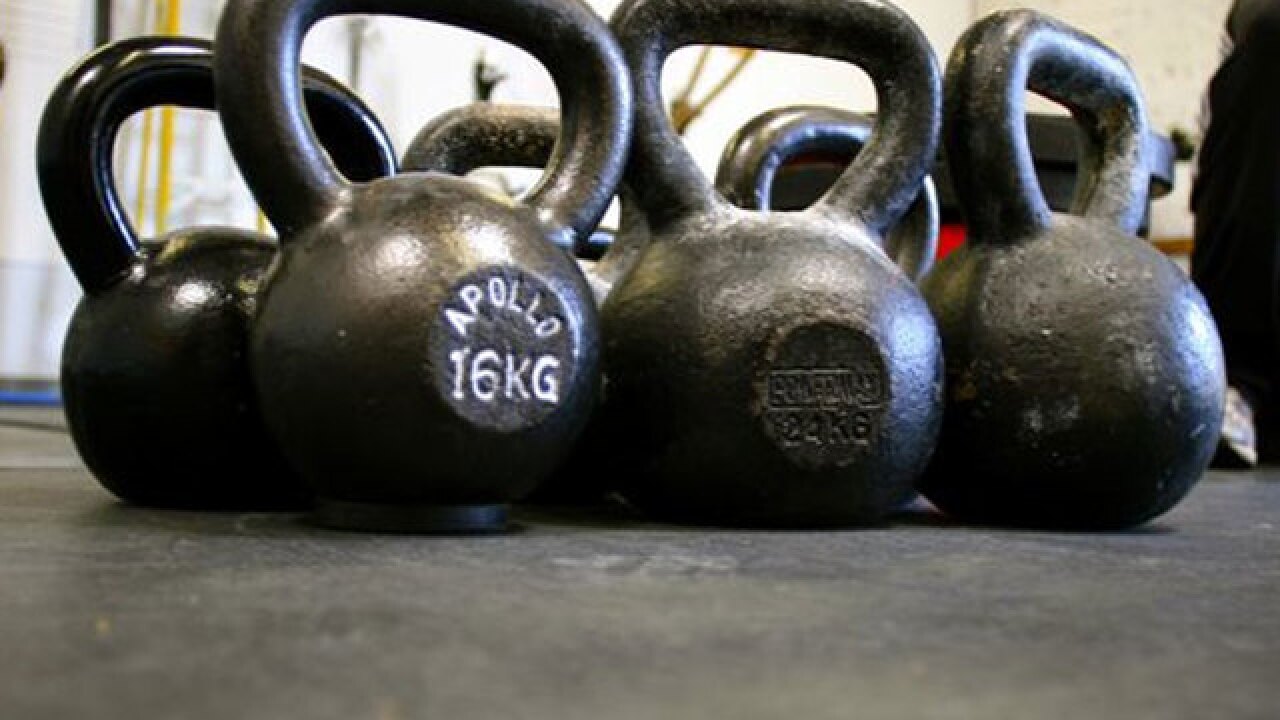 (CNN) -- Still grieving the loss of a beloved cousin in a tragic car accident, the 'fittest woman on earth' added Commonwealth gold to the CrossFit Games title she won last year.

On a night of mixed emotions, Australia's Tia-Clair Toomey dedicated her weightlifting medal to her cousin Jade Dixson who died only two weeks ago.

Remembered by Toomey as a "kind and genuine" person, Dixson would have been at the Carrara Sport and Leisure Centre to watch her older cousin win her first major weightlifting title had the car she was a passenger in not crashed into a tree and killed her.

And it’s over just like that. I didn’t get much sleep as I have just been thinking about what an incredible battle I had with the other ladies on the platform. - I would have to say, out of all the amazing Weightlifting experiences I have ever been through last night was by far my highlight, not because of the gold medal but because of so much more! - The performance from ALL the athletes in the 58kg category, the crowd roaring every time I entered the room, my family and friends being there to support me (including Jadey in Spirit) and having the best coaching team in my corner, Shane (Husband & Coach), Miles & Greg (Competition coaches). 🇦🇺 - To me that is what competition is all about, getting to showcase all the hard work we have put in over the years. Congratulations & THANK-YOU so much ladies, we are all CHAMPIONS in my eyes as that was an incredible performance from each and everyone of us. It was a true honour to have been apart of it. - #thank-you #honoured #champions #athletes #memories #compeition #greenandgold #australia #commonwealthgames #goldcoast #2018 #weightlifting #thebattleoftheyear #TeamAUS #determination #dreams #believeinyourself #enjoythejourney #wintheday

"I just really hope that she's proud of me," said the 24-year-old, talking outside the athletes' village before a horseshoe of journalist less than 24 hours after her golden victory.

Toomey knew she had to lift more than she had ever done before if she was to win, she also knew her cousin was with her in spirit.

One shot at glory at her home Games, the diminutive Australian raised nearly twice her bodyweight above her head. Lifting a personal best 114kg in the clean and jerk to defeat Canada's Tali Darsigny. Only 1kg -- the weight of a bottle of wine -- separated the pair.

Toomey roared and flexed her muscles. The tears would come later.

The Commonwealth champion learned of her cousin's death just over a week before she was set to step onto the dice and into the spotlight.

She continued to train as she always does, with "focus, determination and drive," deciding not to stray from the original plan of not seeing family until competition was completed.

"I was here and had a job to do," the Australian, the focus of much media attention since her victory, said.

"As much as Jade was on my mind and the emotion was rolling, I needed to still stay focused, to represent Australia to the best of my ability.

"I made the decision not to see family prior to the Games so I'm solely focused on the Games.

"As soon as I saw my uncle and auntie, mum and dad, the emotions just hit hard after I got off the dice.

She has now decided to leave the athletes' village for a few days and will attend Jade's funeral on Monday. Now is time to be with family.

'Weightlifting was not my forte'

A keen runner, Toomey took up CrossFit in 2013 to improve her athletics.

CrossFit, a form of fitness training designed to build strength and increase endurance, has become an international sports competition.

Founded in 1995, CrossFit consists of training against the clock or against a given task. Participants do not know what exercises they will have to do -- be it squats, indoor rowing, weightlifting, burpees, box jumps, push ups -- so those either training or competing must prepare for every eventuality.

"Weightlifting was definitely not my forte so we had to find a weightlifting coach," the Olympian, who finished a disappointing 14th at Rio 2016, told CNN Sport.

"I didn't understand the movements when it came to the snatch and the clean and jerk. I was only really familiar with the squat, the deadlift and press -- your traditional gym movements."

The Queenslander, who owns a gym with her husband, Shane, was approached by weightlifting coach Miles Wydal after he had seen her lift a then personal best of 30kg in the clean and jerk at a CrossFit competition.

Realizing the Australian had potential, Wydal told Toomey and her husband that she should set her sights on representing Australia in weightlifting at the Rio Olympics and the Gold Coast Commonwealth Games.

"That's when my world changed from there," she said.

"I suppose he made us believe in ourselves a bit more and he made us open our eyes into potentially what could happen.

"When he told us I could potentially make Rio and the Commonwealth Games I thought 'oh my god, is this guy for real?'

CrossFit can be brutal. It's aerobic, anaerobic; muscle-burning, sometimes stomach-churning. Toomey finished runner-up in the CrossFit Games in 2015 and 2016 before winning the title last year to be crowned the "fittest woman on earth."

The sport compliments weightlifting, said Toomey, as it not only helps with technique but also makes her fitter.

Training to become not only the "fittest women on earth" but also a Commonwealth champion is relentless. She will start at the crack of dawn either at the track, in the pool or on a bike, making the most of her country's beautiful weather.

But hours of her day are spent in the gym, instructing classes in the morning and training in the afternoon, though she never regards it as a chore.

"If someone was going to take their time to put the effort into me and believe in me to get that far, giving up my time to train was nothing compared to what Miles had put in for Shane and I," she said.

"Shane took it to another level and was educating himself from the internet and everything like that. When he was sacrificing and putting in so much energy that made me more motivated."

Toomey will now return to CrossFit competition with the aim of defending her title. Tokyo 2020 is on her radar, too. But, as she has learned only too painfully in recent weeks, life is too short to take anything for granted.