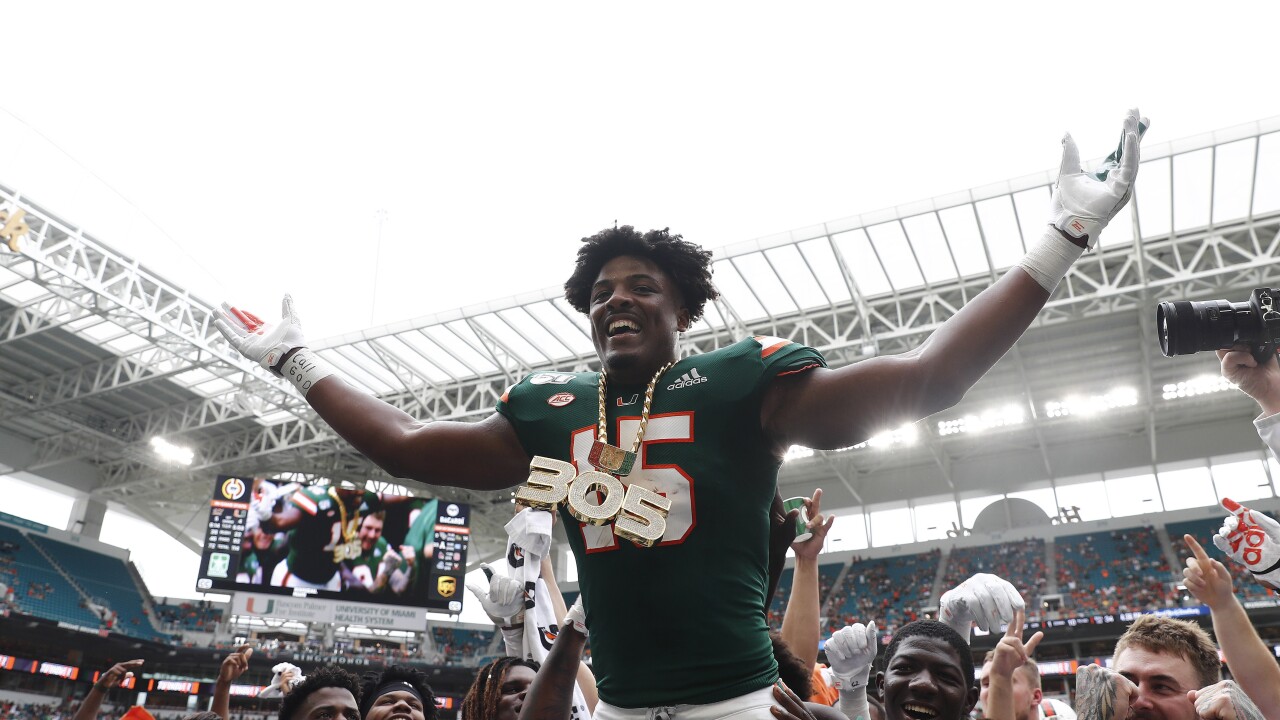 (Copyright 2020 The Associated Press. All rights reserved. This material may not be published, broadcast, rewritten or redistributed.)
Brynn Anderson/AP
Miami Hurricanes defensive end Gregory Rousseau celebrates a turnover and wears the turnover chain during the first half of a game against Central Michigan, Saturday, Sept. 21, 2019, in Miami Gardens, Fla.

CORAL GABLES, Fla. — The Atlantic Coast Conference's reigning sacks leader won't be suiting up for the Miami Hurricanes in 2020.

Head coach Manny Diaz said Thursday during a Zoom call with reporters that defensive end Gregory Rousseau "just let me know that he is not going to play football this fall."

That means the 2019 ACC defensive rookie of the year has likely played his last game for the Hurricanes.

Rousseau led the ACC with 15. 5 sacks last season and is expected to be a first-round pick in the 2021 NFL draft. The 6-foot-7, 265-pound redshirt sophomore from Coconut Creek also led the Hurricanes with 19.5 tackles for loss in 2019 and was second nationally in total sacks.

Diaz said he has a "great relationship with Greg" and supports Rousseau's decision amid the coronavirus pandemic.

"We want to thank him for everything he's done for the Miami Hurricanes," Diaz said.