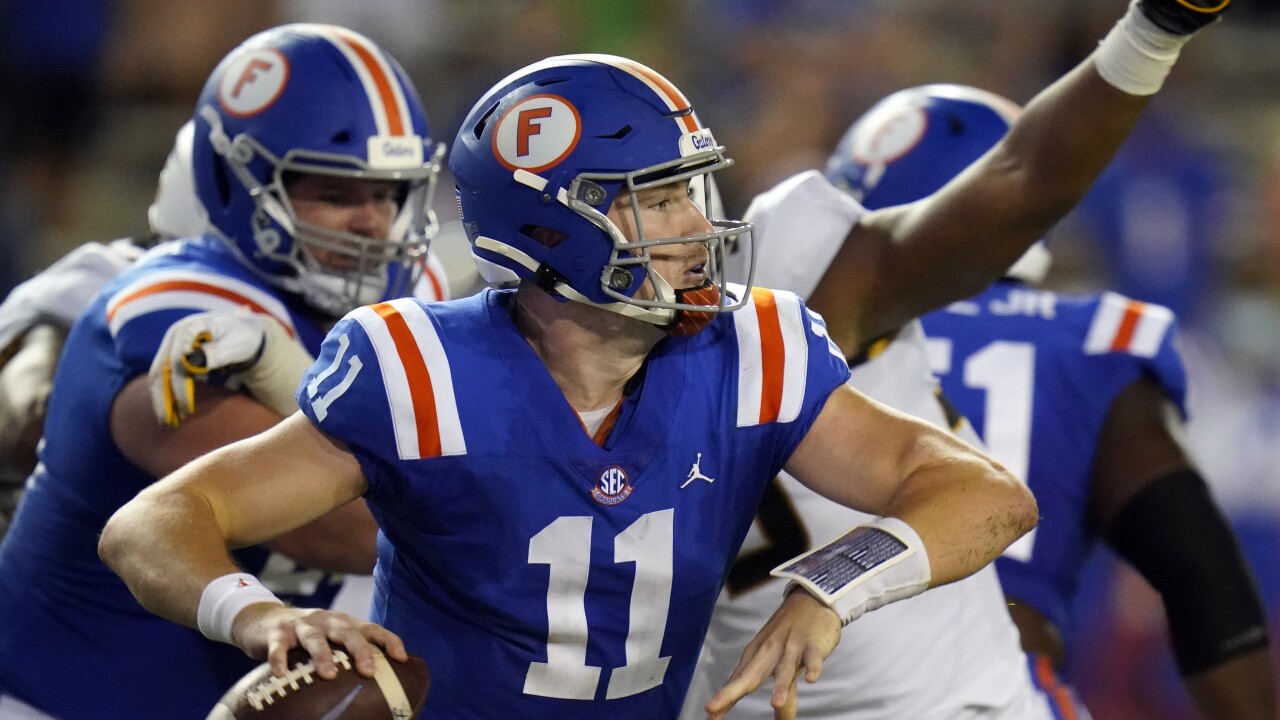 (Copyright 2020 The Associated Press. All rights reserved. This material may not be published, broadcast, rewritten or redistributed.)
John Raoux/AP
Florida quarterback Kyle Trask looks for a receiver during the first half of a game against Missouri, Saturday, Oct. 31, 2020, in Gainesville, Fla.

The Gators' easiest win of the season came after a COVID-19 outbreak forced the Southeastern Conference to postpone two of their games.

It also included a benches-clearing scuffle at halftime that involved both coaches.

Several players threw punches during the melee, but just three were ejected. The conference could hand down more punishments following a review.