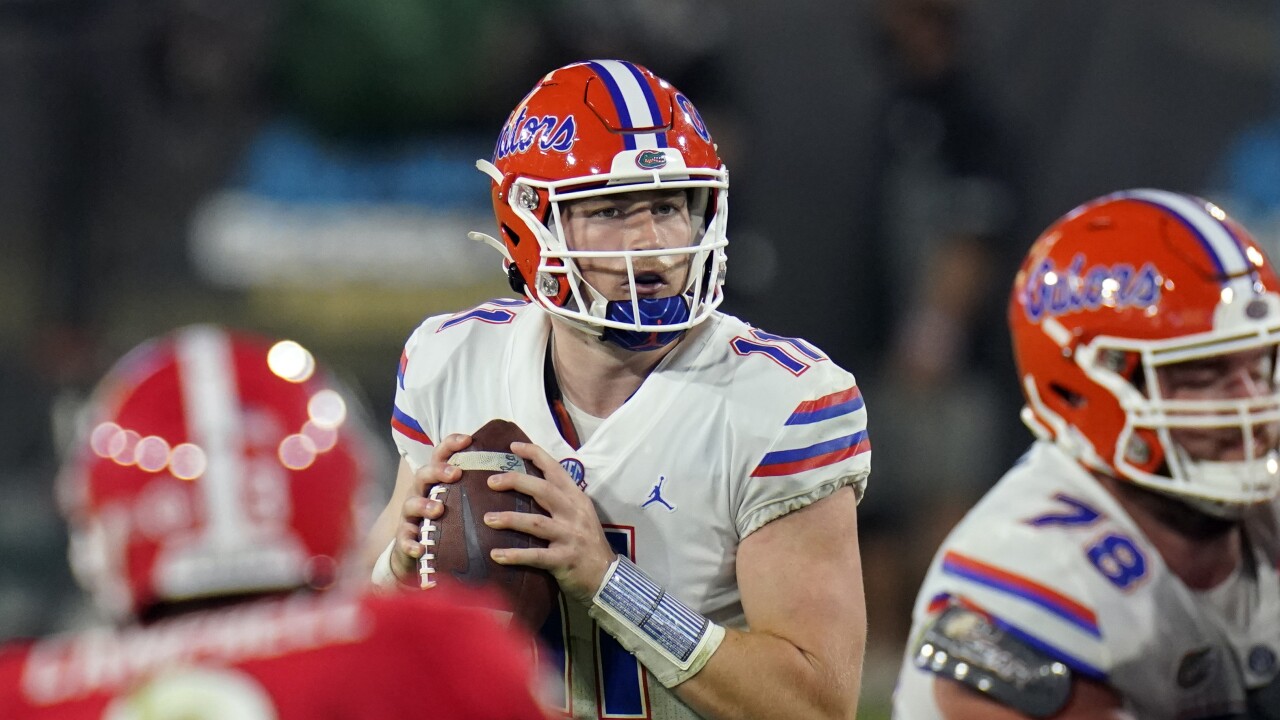 (Copyright 2020 The Associated Press. All rights reserved. This material may not be published, broadcast, rewritten or redistributed.)
John Raoux/AP
Florida quarterback Kyle Trask looks for a receiver during the second half of a game against Georgia, Saturday, Nov. 7, 2020, in Jacksonville, Fla.

JACKSONVILLE, Fla. — Kyle Trask had another four-touchdown night, becoming the first quarterback in Southeastern Conference history to accomplish the feat in five consecutive games, and No. 8 Florida beat fifth-ranked and undermanned Georgia 44-28.

The Gators ended a three-game losing streak in the rivalry known as the "World's Largest Outdoor Cocktail Party" and now have a stranglehold on the SEC's East Division.

The Bulldogs were likely eliminated from College Football Playoff consideration and probably have a quarterback competition moving forward.