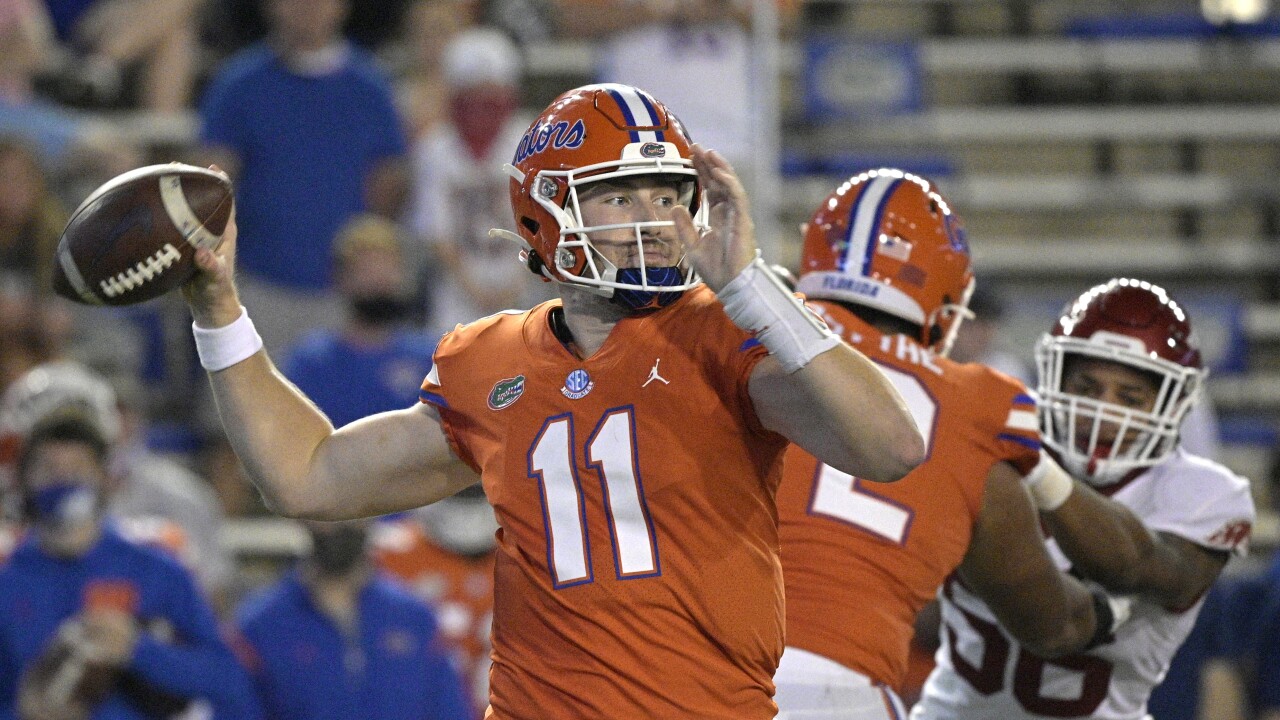 (Copyright 2020 The Associated Press. All rights reserved. This material may not be published, broadcast, rewritten or redistributed.)
Phelan M. Ebenhack/AP
Florida quarterback Kyle Trask looks to throw a pass during the first half against Arkansas, Saturday, Nov. 14, 2020, in Gainesville, Fla.

GAINESVILLE, Fla. — Kyle Trask extended his school record for consecutive games with at least four touchdown passes to six and No. 6 Florida overwhelmed Arkansas 63-35 on Saturday night in "the Swamp."

Trask threw for 356 yards and six scores against the Razorbacks, who were without coach Sam Pittman and without much of a chance by halftime.

It was the second time this season Trask tossed six TDs in a game.

Arkansas quarterback Feleipe Franks was booed in his return to Florida Field and unable to do much to steal the spotlight from Trask.