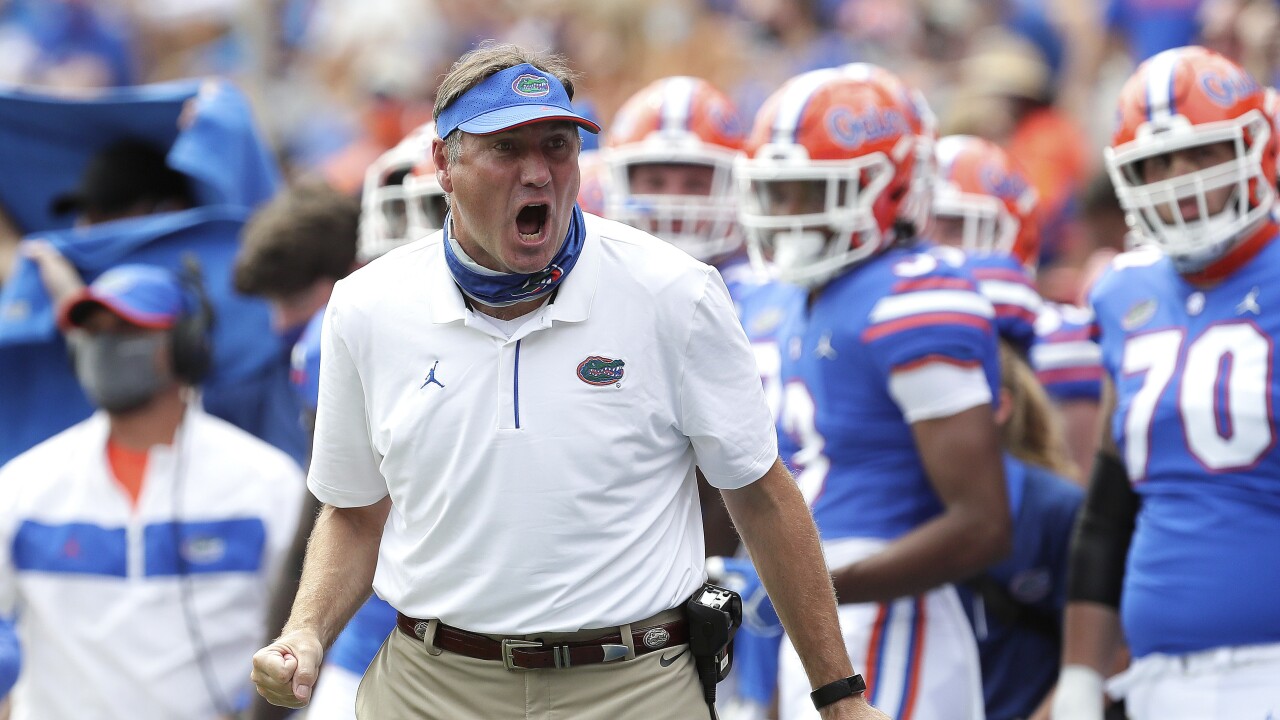 (Copyright 2020 The Associated Press. All rights reserved. This material may not be published, broadcast, rewritten or redistributed.)
Brad McClenny/AP
Florida head coach Dan Mullen yells to a referee about a call during a game against South Carolina, Saturday, Oct. 3, 2020, in Gainesville, Fla.

GAINESVILLE, Fla. — The game between No. 10 Florida and defending national champion LSU won't be played this weekend.

Florida, LSU and the Southeastern Conference announced Wednesday that Saturday's game has been postponed because of the positive coronavirus tests and subsequent quarantine of individuals on Florida's team.

The game has been tentatively rescheduled for Dec. 12.

Florida athletic director Scott Stricklin said he didn't think it would be "appropriate" to play the game this weekend.

Stricklin said all team activities have been suspended indefinitely.

The Gators (2-1, 2-1 SEC) had 19 positive tests and about a dozen more quarantined because of contact tracing results.

During a news conference with reporters, Stricklin said he wasn't sure what led to the outbreak but believed the trip to College Station, Texas, last weekend "was probably at the root of it."

After Texas A&M defeated the Gators 41-38 in their last game, Mullen said he believed the crowd played a factor and hoped university officials would "let us pack 'The Swamp' for LSU." Mullen has since apologized for the remark.

The Gators will next face Missouri in Gainesville, while LSU (1-2, 1-2) will host South Carolina. Both games are scheduled for Oct. 24.