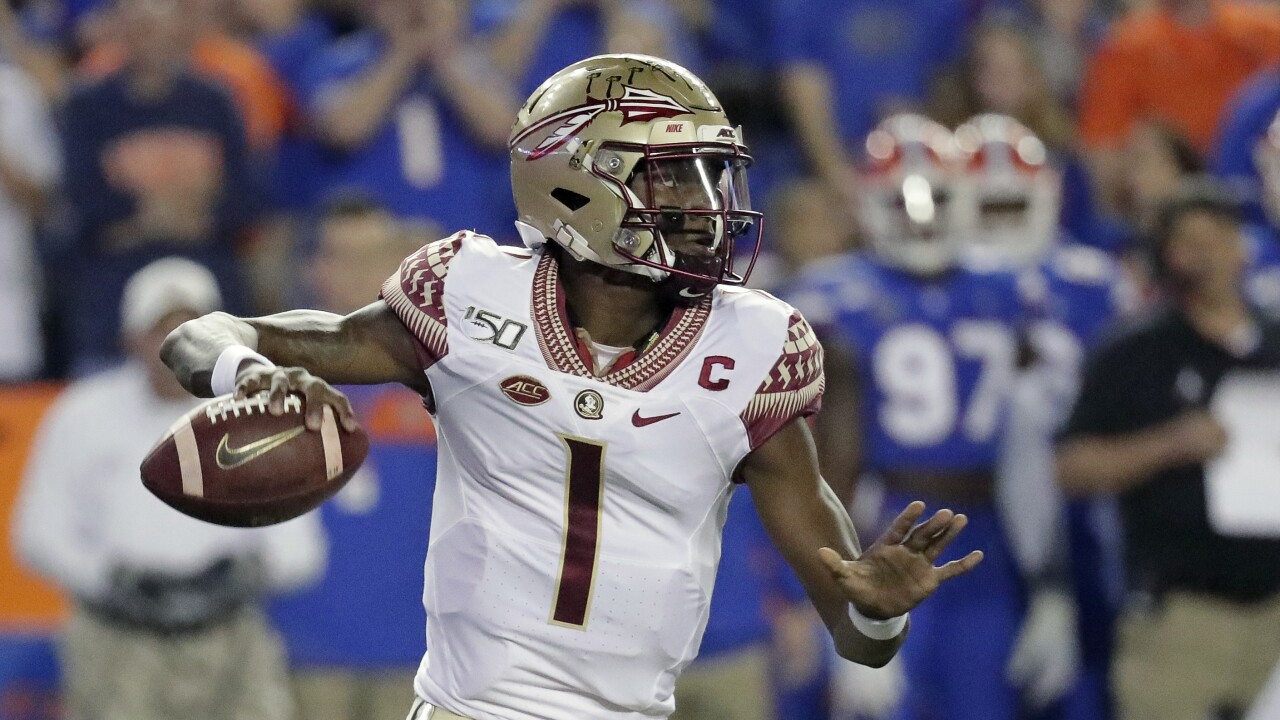 (Copyright 2020 The Associated Press. All rights reserved. This material may not be published, broadcast, rewritten or redistributed.)
John Raoux/AP
Florida State quarterback James Blackman looks for a receiver during the first half against Florida, Saturday, Nov. 30, 2019, in Gainesville, Fla.

TALLAHASSEE, Fla. — Redshirt junior James Blackman has been named the starting quarterback for the Florida State Seminoles this season.

First-year head coach Mike Norvell made the announcement during a post-practice interview with reporters Tuesday.

Blackman has started 22 games since being thrust into the lineup in the second game of the 2017 season after a season-ending injury to Deondre Francois. Blackman played in just four games while redshirting during the 2018 season after Francois reclaimed the starting job, but the 21-year-old was able to preserve his eligibility and decided to return in 2019.

RELATED: FSU-Notre Dame game to be played in prime time on WPTV

"There was never a thought in my mind of leaving or trying to go somewhere else," Blackman told reporters Tuesday. "All I had to do was come put my head down and go to work each and every day -- each and every other second of the day -- and just come be better than I was the day before."

When Blackman takes the field for the Sept. 12 season opener against Georgia Tech, he will have the unique distinction of being the starting quarterback for three different FSU head coaches -- Jimbo Fisher, who left after the 2017 season for Texas A&M, Willie Taggart, who was fired after a 9-12 record through 21 games, and Norvell, who was hired from Memphis.