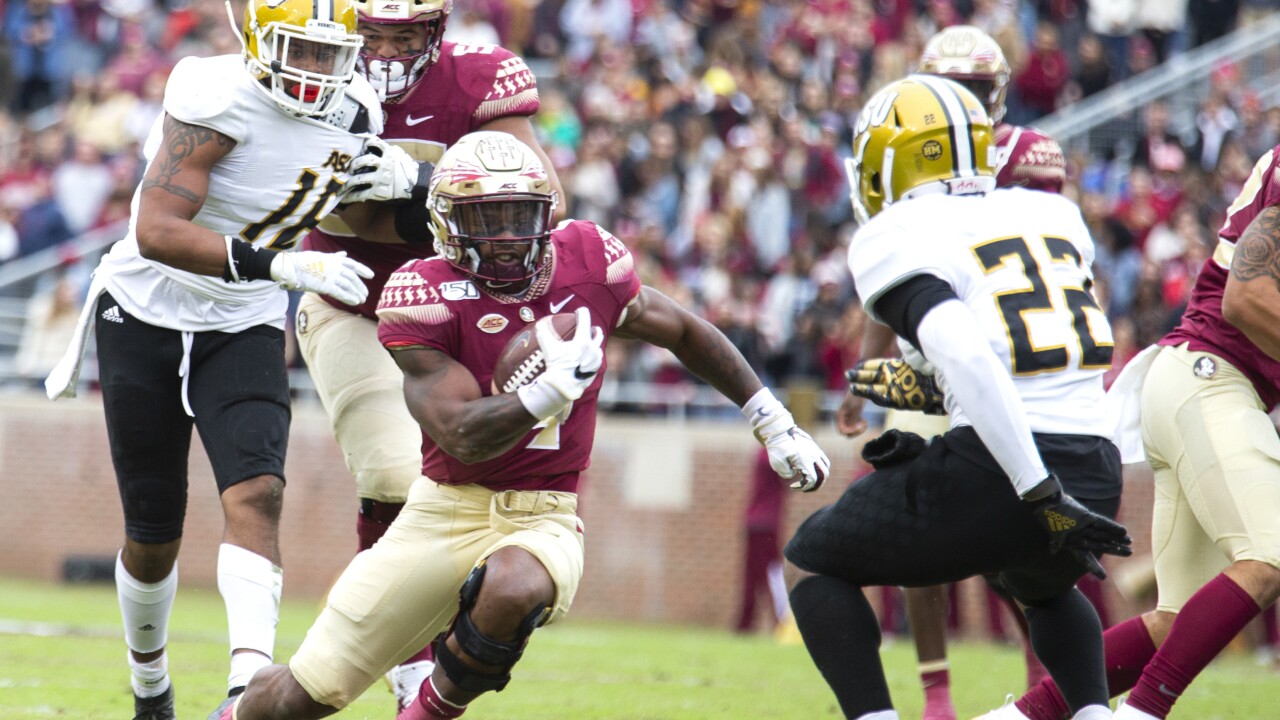 (Copyright 2020 The Associated Press. All rights reserved. This material may not be published, broadcast, rewritten or redistributed.)
Mark Wallheiser/AP
Florida State running back Khalan Laborn cuts back against Alabama State defensive back Irshaad Davis in the first half of a college football game in Tallahassee, Fla., Saturday, Nov. 16, 2019.

TALLAHASSEE, Fla. — Florida State running back Khalan Laborn has been dismissed from the team.

A school spokesman said Tuesday the former five-star recruit was dismissed for a "violation of team policy."

The redshirt junior was the top returning running back headed into the 2020 season. He rushed for 297 yards and four touchdowns as a backup last season. He also caught 10 passes for 66 yards.

Laborn missed most of the 2018 season with a knee injury and redshirted his first year on campus in 2017.

With Laborn no longer on the team, Texas A&M Jashaun Corbin is the heir apparent for the starting job in 2020. Corbin, who was the Aggies' starting tailback before missing most of the 2019 season with a hamstring injury, was granted an NCAA waiver to play immediately.