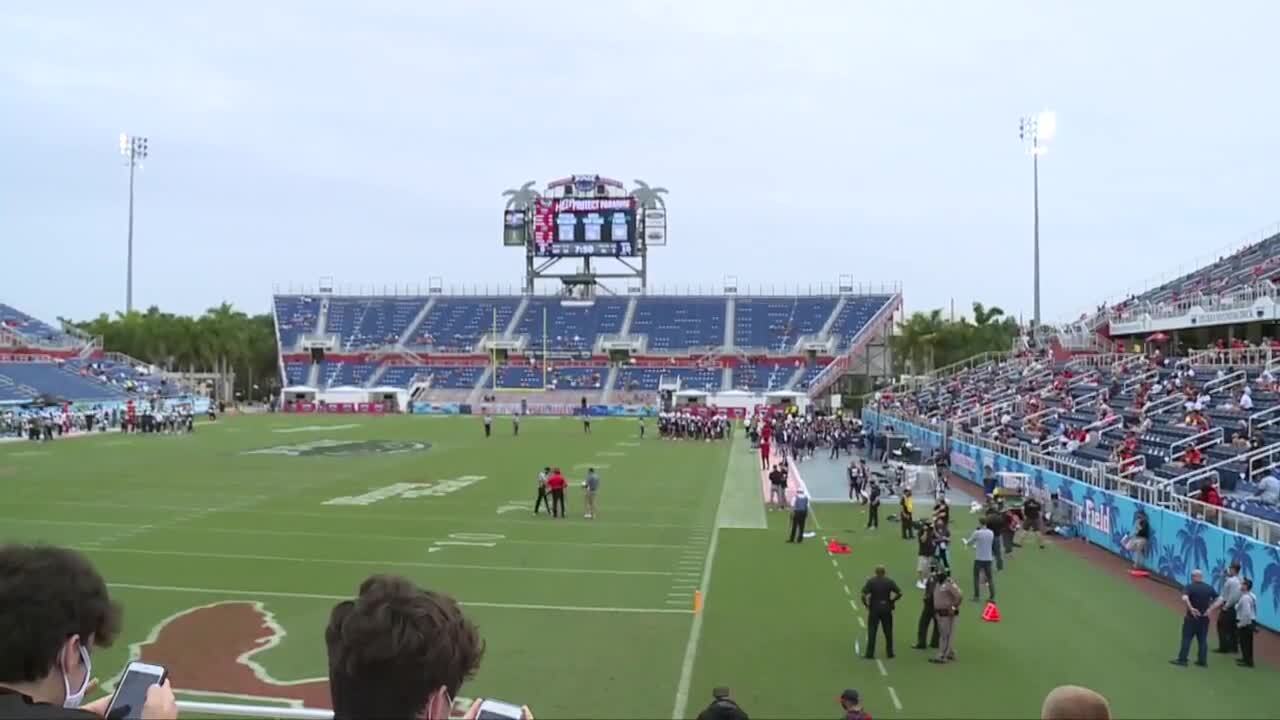 BOCA RATON, Fla. — Nineteen positions within the athletic department at Florida Atlantic University have been eliminated as a result of the coronavirus pandemic.

"The financial realities and economic impact of the health crisis have impacted so many people," White said. "Today, it impacted some valued members of our Owl family. These were very difficult, very painful decisions."

There were a number of separations, as well as the elimination of some unfilled positions, White said.

The move came after FAU had already significantly reduced its 2020-21 athletic budget.

"For months now, we've been diligently working and planning for ways we can position ourselves for success moving forward," White said. "We held off on these difficult personnel decisions as long as we possibly could."

White said the goal "was and still is to avoid cutting sports and scholarships."

"Our student-athletes are always at the forefront in every decision we make," he said.

FAU played its first football game of the season last weekend, more than a month after the Owls were slated to begin competition, because of scheduling cancellations and postponements brought on by COVID-19. Capacity is being limited to 20% at the 29,571-seat FAU Stadium.

"We plan to come out on the other side of this health and financial crisis in a position where the strong upward trajectory of FAU athletics can be maintained and built upon," White said.