Game will be played Nov. 20 at FAU Stadium 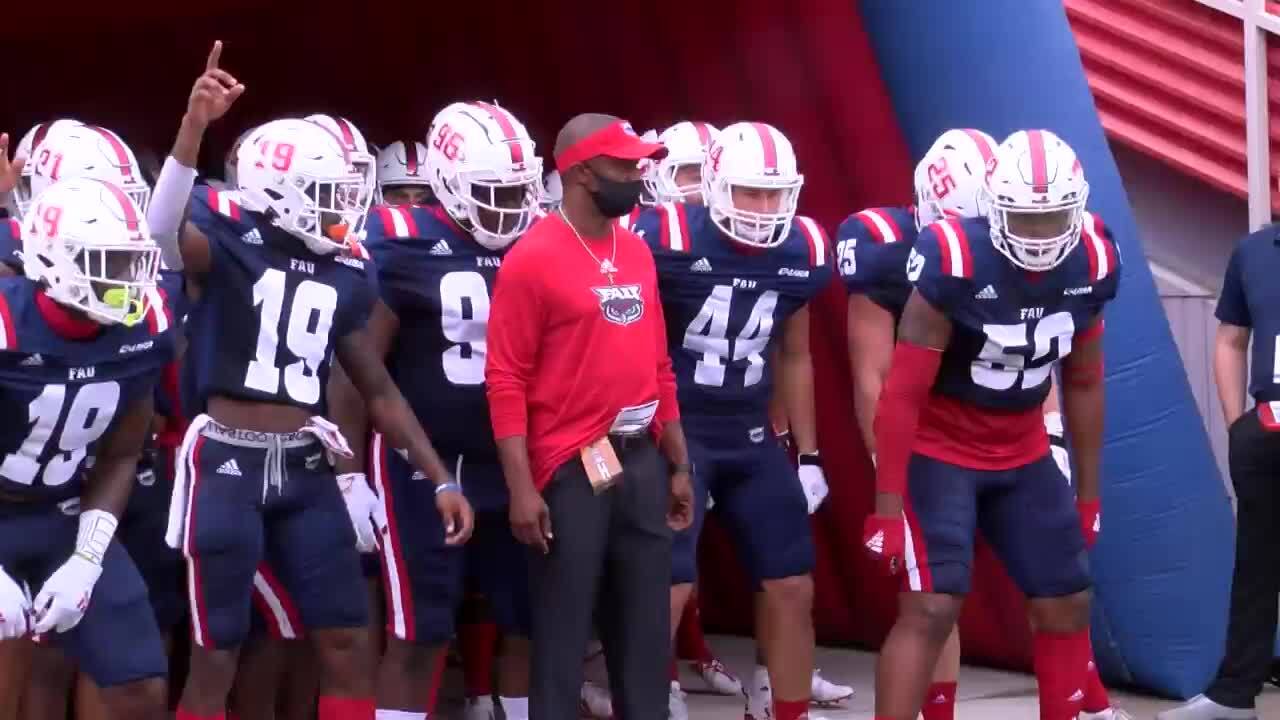 FAU athletic director Brian White announced Friday that the Owls will host Massachusetts in a late addition to the 2020 schedule.

The Minutemen will travel to FAU Stadium for a Friday night game Nov. 20.

It will be the first meeting between the two schools.

FAU (2-1) had six games canceled or postponed this season because of coronavirus concerns.

UMass (0-1) has played just one game so far after the school reversed course on its August decision to postpone football competition until the spring.

The Owls were originally supposed to play Old Dominion on Nov. 21, but that game was canceled after the school decided to cancel all fall sports.

If the UMass game goes on as scheduled, FAU head coach Willie Taggart and UMass head coach Walt Bell will be together on same field for the first time since 2018, when Bell served as Taggart's offensive coordinator at Florida State.