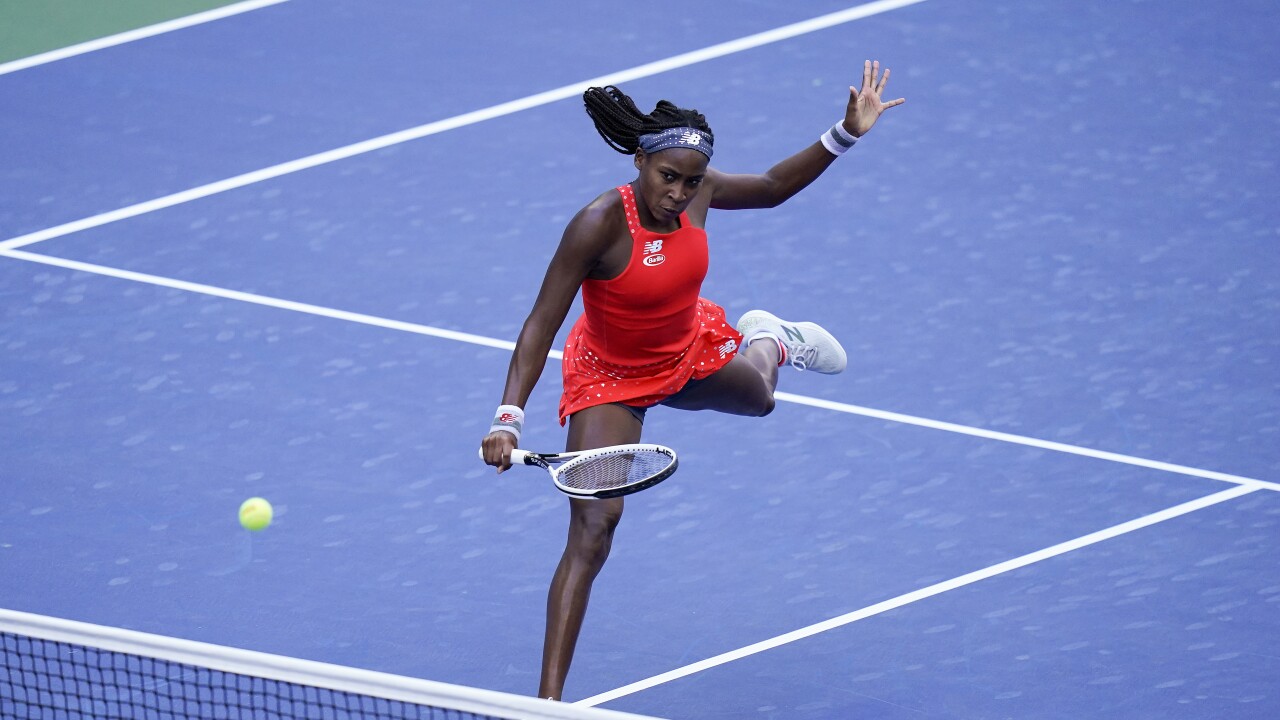 (Copyright 2020 The Associated Press. All rights reserved. This material may not be published, broadcast, rewritten or redistributed.)
Frank Franklin/AP
Coco Gauff returns a shot to Anastasija Sevastova during the first round of the US Open tennis championships, Monday, Aug. 31, 2020, in New York.

It was Gauff's earliest exit from a Grand Slam tournament in four appearances.

A year ago, Gauff made it to the third round at Flushing Meadows before losing to 2018 champion Naomi Osaka in a match that ended in tears for the teen and a hug from the winner.

Sevastova had been just 1-8 in singles in 2020 and got the breakthrough win she needed again in New York. Sevastova was a semifinalist at the U.S. Open two years ago.