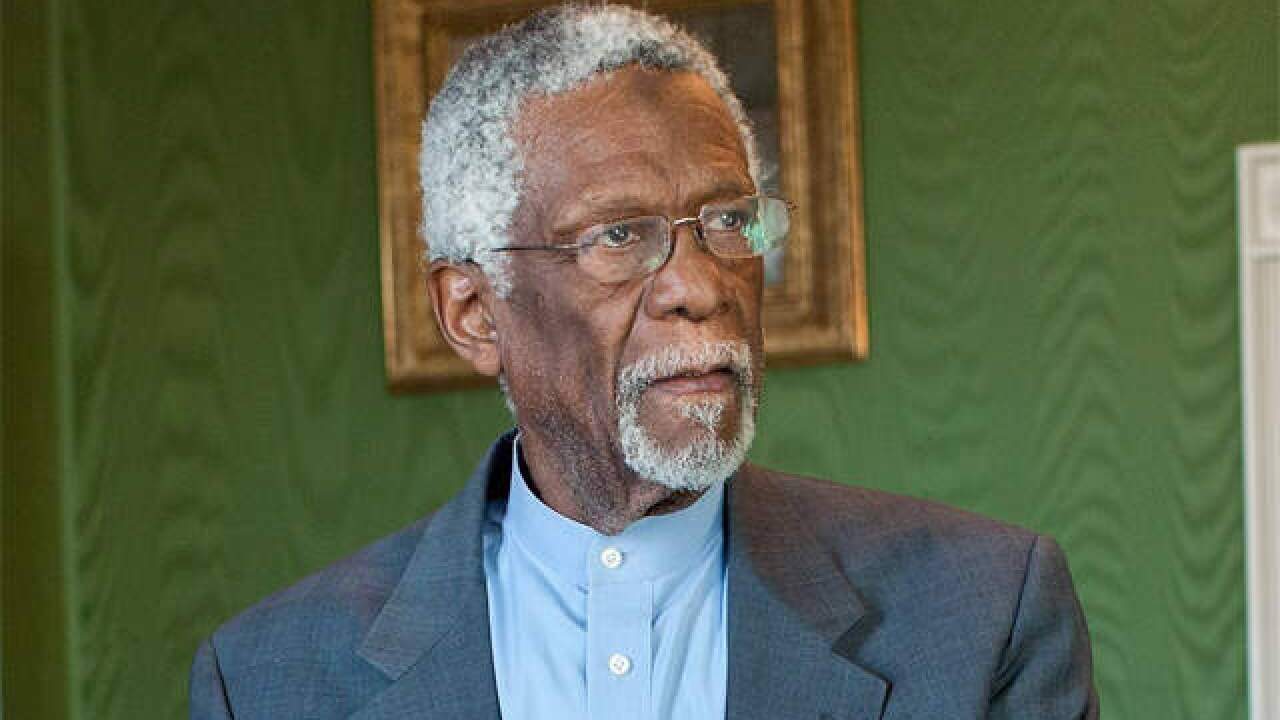 SEATTLE (AP) — Basketball Hall of Famer Bill Russell was released from a Seattle hospital Saturday after an overnight stay for an unknown condition.

Russell confirmed on Twitter that he went to the hospital late Friday. He didn't say why.

Russell said in the light-hearted message, "As my wife likes to remind me, I don't drink enough."

He thanked fans for their concern and appeared to dismiss reports that the hospital visit was due to heart troubles.

Russell said in the message that his friends "know I don't have a heart to give me trouble."

The hospitalization was initially reported by TMZ, which said it was for dehydration.

The 84-year-old basketball great was inducted into the Naismith Memorial Basketball Hall of Fame in 1975. He was an 11-time NBA champion with the Boston Celtics and won five NBA MVP awards.

Celtics coach Brad Stevens was relieved to hear that Russell was OK.

"Yeah, that was obviously scary news and happy to hear that he's doing better and he's been released from the hospital," Stevens said in Cleveland before Game 3 of the Eastern Conference finals. "He's the ultimate basketball winner. The way he impacted winning, the unselfishness of a teammate, what he stood for off the floor — everything about him. It's an honor to get a chance to work for the Celtics. Those teams and those people from those teams — and obviously Bill Russell being one of those main people in Celtics history — are why it's an honor to work for them, because of the bar they set for all of us."