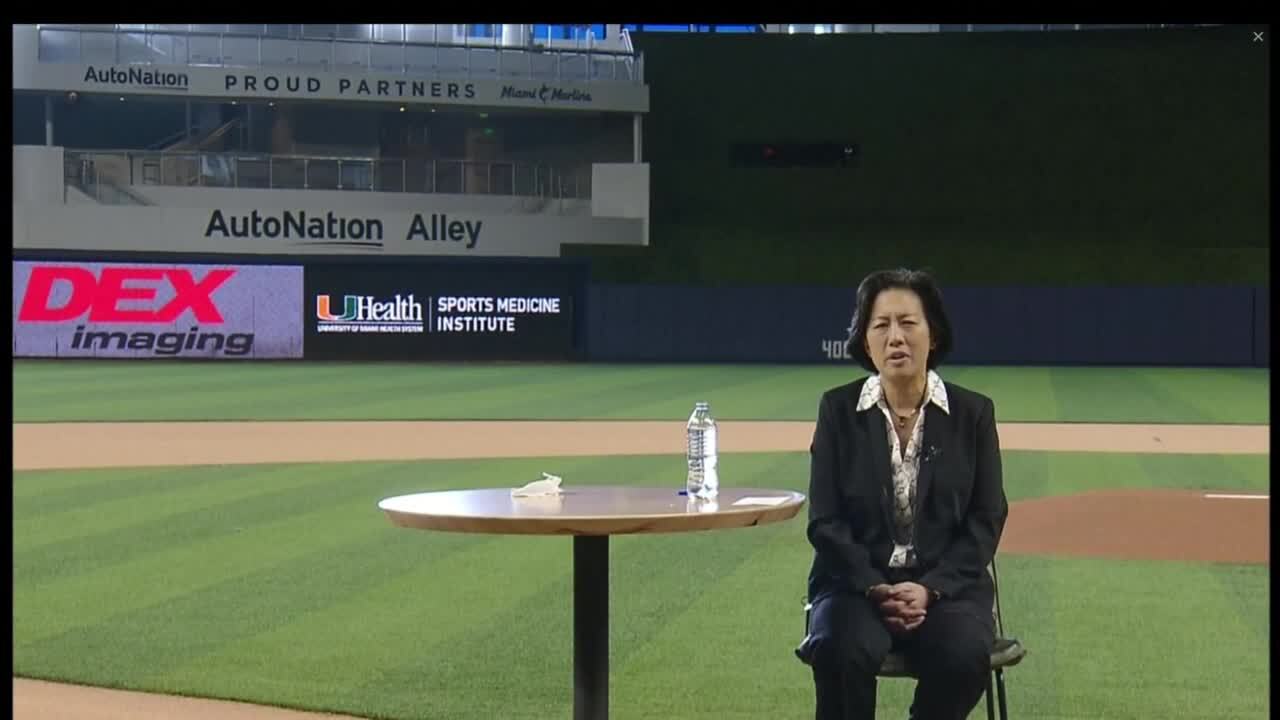 MIAMI — Kim Ng spoke to the media Monday for the first time since being introduced as the new general manager of the Miami Marlins.

The first female general manager in Major League Baseball history -- and all men's professional sports in North America, for that matter -- said Friday's announcement was met with "pure joy" by the many people who congratulated her for her history-making accomplishment.

A tearful Ng said she received congratulations "from all walks," including former first lady Michelle Obama.

"It made me realize that it really was a glimmer of hope and inspiration for so many," Ng said.

She credited owner Derek Jeter for his "fearlessness" in selecting her, recalling their days together with the Yankees.

"I think it's going to be a seamless transition and I just can't wait to get started," Ng said.