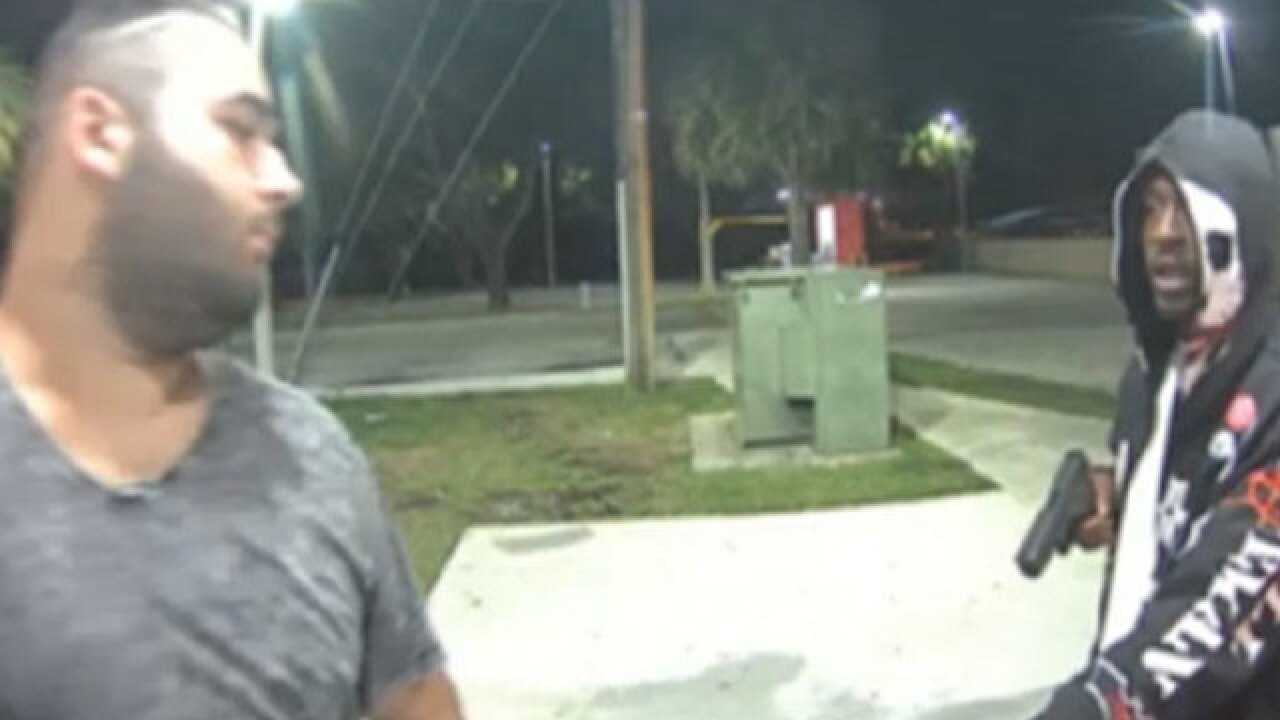 The Miami-Dade State Attorney's Office on Tuesday released new surveillance video of the Nov. 1 armed robbery and fatal shooting of a man withdrawing money from an ATM.

As an armed robber approached, it seemed the victim kept looking back at him through a reflection – possibly a mirror at the North Miami Beach ATM machine. After a brief struggle, a man was fatally shot and a suspect was on the run.

Marcine Hill was charged with second-degree murder in the killing of 26-year-old Dillon Bud Calvin Steve.

In the video, Steve walks up to the ATM machine and begins using it. As Steve continues with his transaction, it seems he notices someone coming from afar.

Steve carries on but he does not seem at ease. When the robber closes in and demands money – pointing his gun while wearing a "Kill Batman" hoodie – Steve does not seem surprised.

During the confrontation, Steve looks around. His mother is in a vehicle a few yards away.

As he demands money, the gunman gets closer to Steve but Steve begins to walk backward to gain some distance. Shortly after, Steve throws something on the floor, presumably money, and the robber bends down to pick it up.

That's when Steve lunges at the hooded armed robber, who begins to run. After a handful of steps in the chase, Steve stops and the gunman continues running.

Steve clasps his gunshot wound. He quickly returns to where his vehicle and mother are, collapsing to the floor in pain. He clenches his wound and writhes in pain for a few more seconds.

Steve stands up and moves off camera, as his mother and other concerned people begin to gather.

He is not seen again in the video, which has no sound, released by officials. Steve was later transported to Aventura Hospital, where he died.

The suspect fled the scene with about $260, police said.

According to an arrest warrant, police received several Crime Stoppers tips that the suspect was Hill, and a Miami-Dade police homicide detective also identified the suspect as Hill.

Hill was later arrested at his home in Lauderhill and is being held without bond.