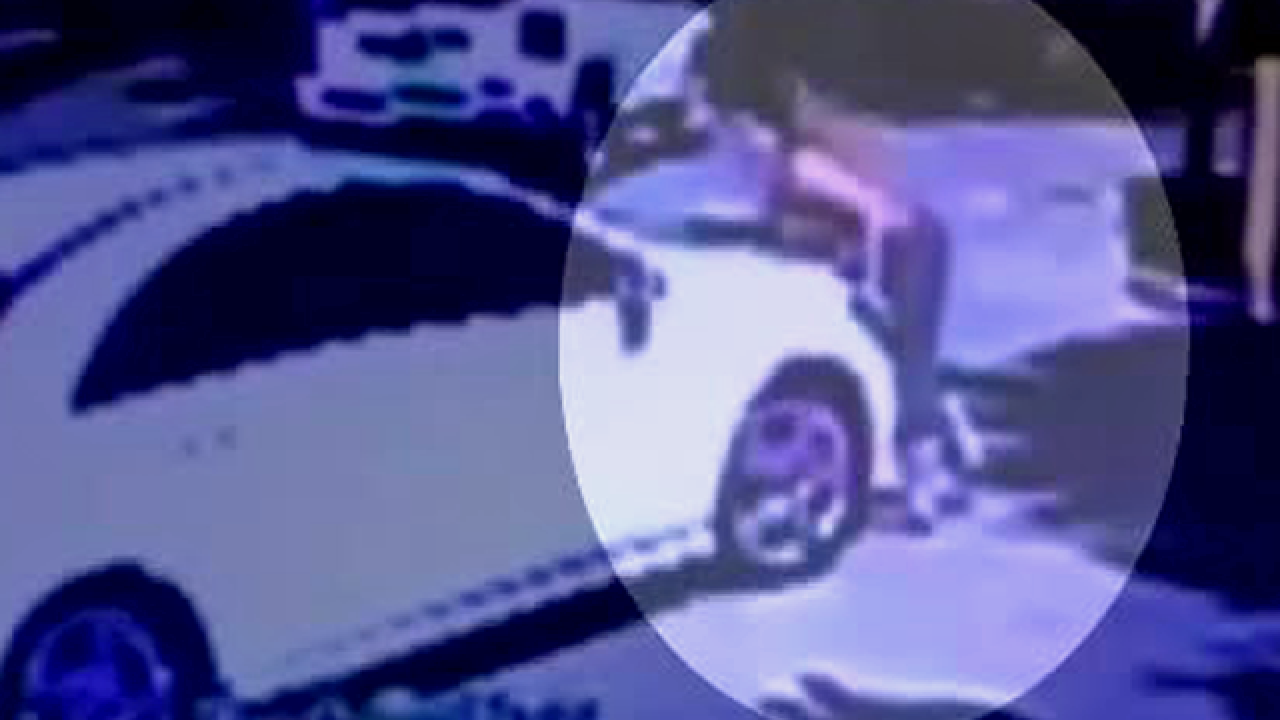 MIAMI-DADE COUNTY, Fla.-- Cassandra Better is almost nine months pregnant. She was planning her baby shower at Lummus Park Saturday when she noticed two men in a white Mercedes-Benz.

They were being sneaky so we wouldn’t see them. They were like this, ducking down,” she recalled.

She noticed they went into her unlocked car.

“The whole time we were looking at the car. “I saw him put his hand in and take the black and white purse. And that’s when we started running.”

Surveillance video shows her sprint across the park and go after the pair.

“I know a lot of people are like, ‘Why would you do that?’ But, like in a moment like that, you are not just going to sit there. Like, ‘Oh, you are stealing from me,' ” she said.

The driver of the Mercedes accelerated toward and she ended up on the hood of the car.

“They had their window down. I was screaming, ‘Hey, I’m pregnant.' After it happened, I was in a lot of pain, like a lot, a lot of pain. The ambulance came, they checked me out, they calmed me down. I was like, ‘Look, I’m fine. I just wanna find them.’ I was worried about finding them.”

She says the men took two purses containing $3,000 cash and a diamond ring.

She said she had the valuables with her because she was saving up to buy a house.

“This is an unfortunate situation, but she was able to walk away. She is pregnant, so that makes the charges so much more,” said Miami police spokesperson Kenia Fallat.

Better knows that her actions were risky, but she said if she wasn’t pregnant, she would have done even more.

“I was trying to stop them, but at the same time, I was thinking about the baby. That’s the only reason I moved. If not, I would have held on like James Bond, for real,” Better said.

The first three letters on the license tag the suspects were driving are I-C-N, according to WSVN.   Police ask anyone with information to call Miami-Dade Crime Stoppers at 305-471-TIPS.

She's almost 9 months pregnant. But when this Miami woman spotted a man taking off with her purse, she grabbed onto the hood of his car and did not let go. All of it caught on video. @wsvn pic.twitter.com/E3OkcVGDr8