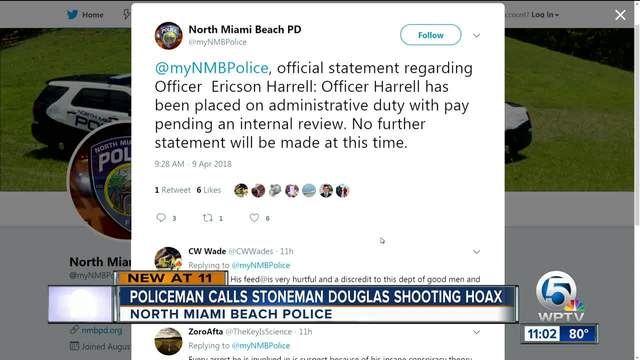 A South Florida police officer has been reassigned after he appeared to suggest on social media that a school shooting that left 17 people dead was a hoax, officials said Monday. 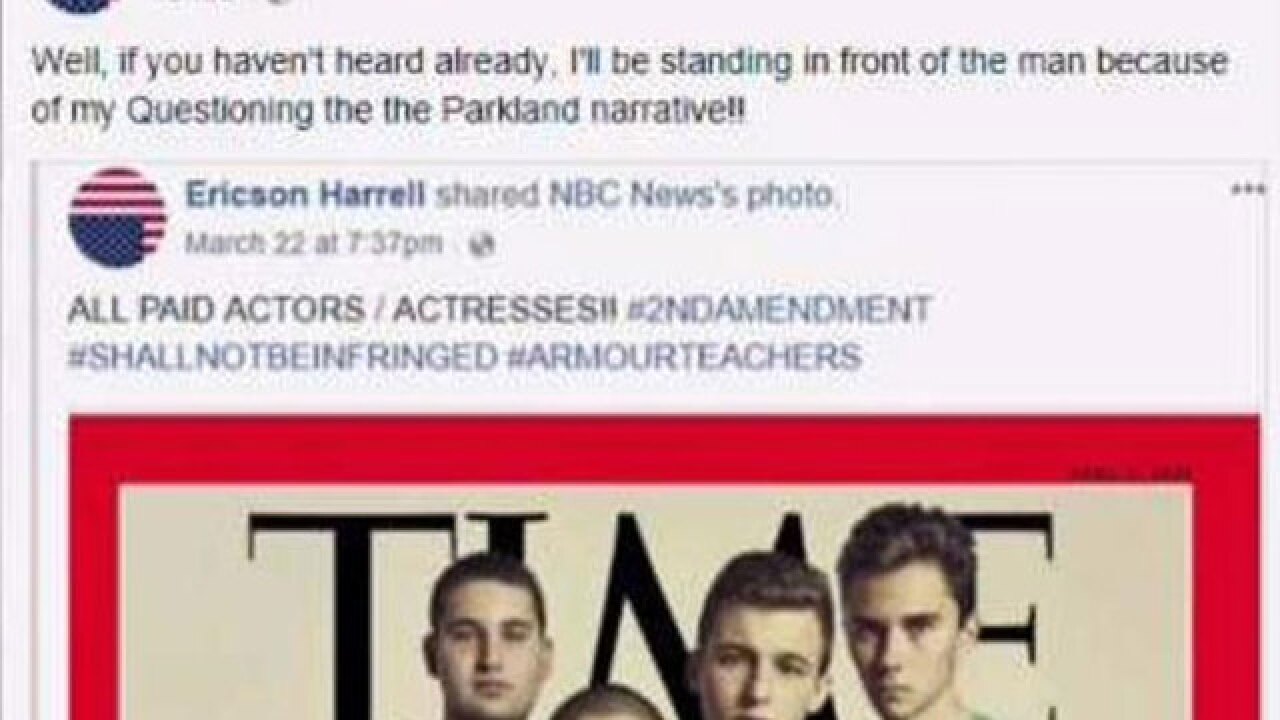 NORTH MIAMI BEACH, Fla. (AP) — A South Florida police officer has been reassigned after he appeared to suggest on social media that a school shooting that left 17 people dead was a hoax, officials said Monday.

@myNMBPolice, official statement regarding Officer Ericson Harrell: Officer Harrell has been placed on administrative duty with pay pending an internal review. No further statement will be made at this time.

The Sun Sentinel first reported that a March 29 Facebook post under Harrell's name asked, "What proof do you have? What evidence do you have, that anyone was killed other than #MSM accounts, alleged witnesses and a couple of funeral processions? #StonemanDouglas #SandyHook." #MSM is a common hashtag on Twitter that stands for "mainstream media."

The post was referring to the Feb. 14 shooting at Marjory Stoneman Douglas High School in Parkland. Similar hoax theories circulated following the 2012 Sandy Hook Elementary School shooting that left 20 students, six staff members, the shooter's mother and the shooter himself dead in Connecticut.

Another post under Harrell's name, on March 22, referred to five of the school's students featured on a Time magazine cover as "ALL PAID ACTORS/ACTRESSES!!"

"Well, if you haven't heard already, I'll be standing in front of the man because of my questioning the Parkland narrative!!" the post said.

No one from the police union that represents Harrell responded to a telephone message seeking comment.