'It's okay to be white' signs sprung up on Florida Gulf Coast University's campus. The administration took down the signs, but not before students posted it to social media. 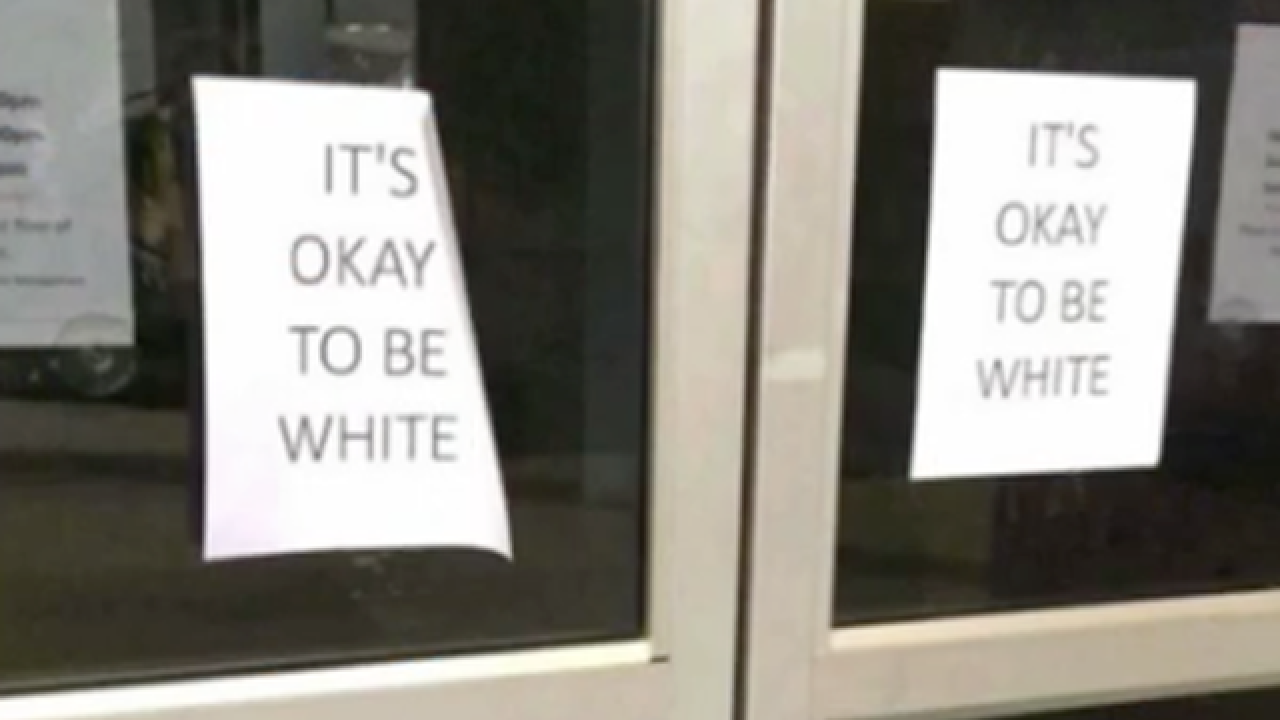 "I saw one of the signs once, but I didn't know what it was for, " said Sam Dragon, a freshman at FGCU.

The signs read, 'It's okay to be white.' FGCU students snapped a picture of the posters and then posted them to social media.

"I think it's best to keep things like that to yourself and off campus," said Keisha Bruney, who is a senior transfer student.

Some students say the signs struck a nerve.

"It was more so, 'why are we separating each other?' " said Sarah McKee, a junior psychology major.

A lot of students remember the racially charged depictions and speech from last year that took the campus by storm. They hope these signs don't trigger another wave of tensions.

"We get flashbacks from last year," said Julian Halil, a senior at FGCU. "Another factor is all the other things that have gone down in other campuses," he added.

Some students think the signs might've been posted as a joke.

"They thought it was funny to just kind of put it up," said Halil. "It wasn't supposed to mean anything," he added.

Others think it is just better to not blow it out of proportion and just take it at face value.

"It's a general statement. It's okay to be white, brown, Asian, yellow, purple," said Bruney, "It doesn't matter to me, everyone's human," she added.

A campus spokesperson told 4 In Your Corner the signs were taken down and they don't know who posted them in the night.