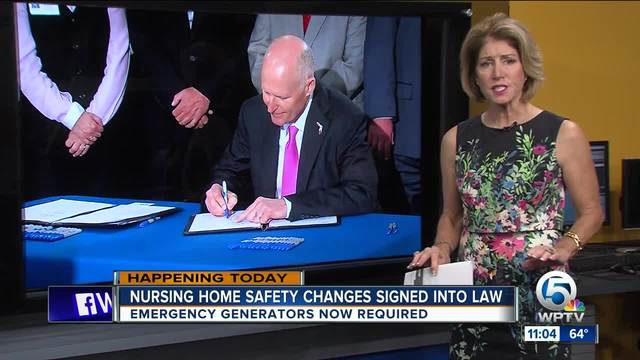 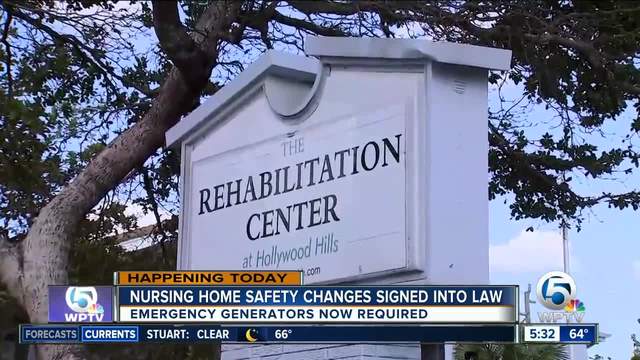 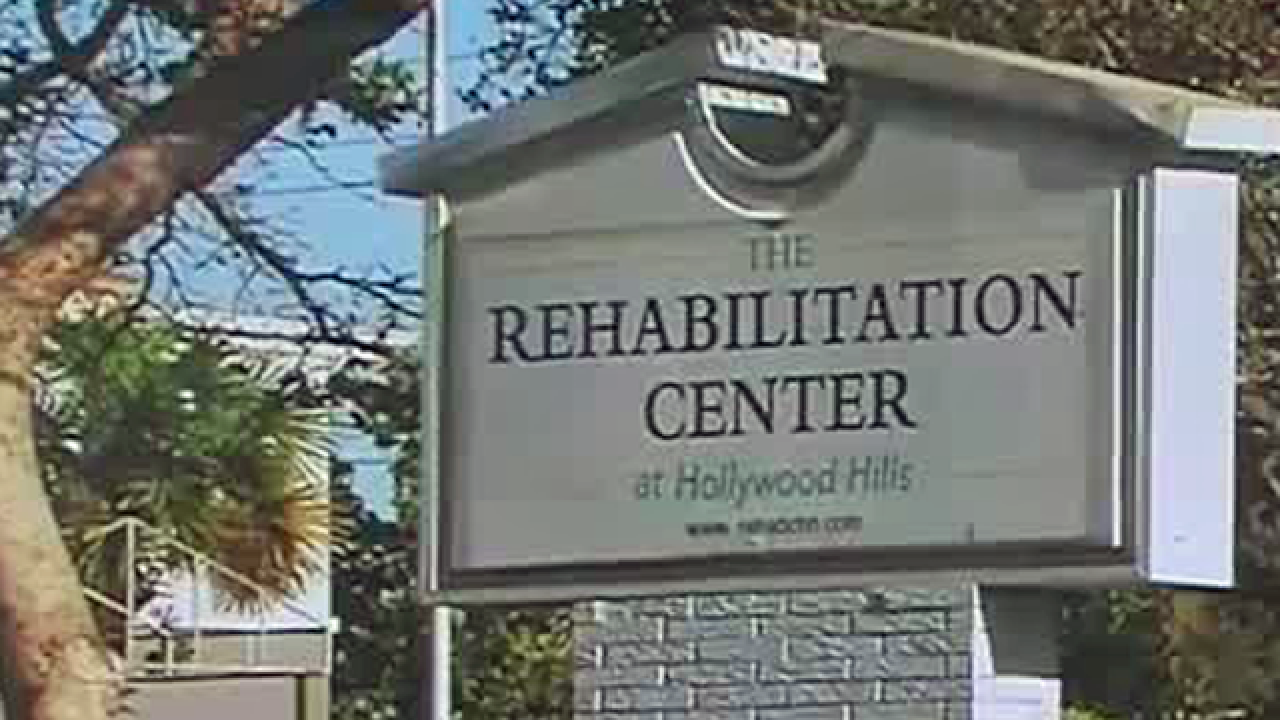 The bills, Senate Bill 7028 and House Bill 7099, were drafted after a nursing home in Hollywood, Fla., lost power after Hurricane Irma hit the state last September, resulting in multiple deaths.

A total of 14 people died with 12 of the deaths ruled as homicides.

The hurricane knocked out the nursing home's air-conditioning system, which led to sweltering conditions.

Scott signed the bills into law at 10 a.m. at a nursing home in Fort Myers.