Florida Highway Patrol troopers said a drowsy driver caused a crash on Wednesday at a toll plaza in Winter Haven. 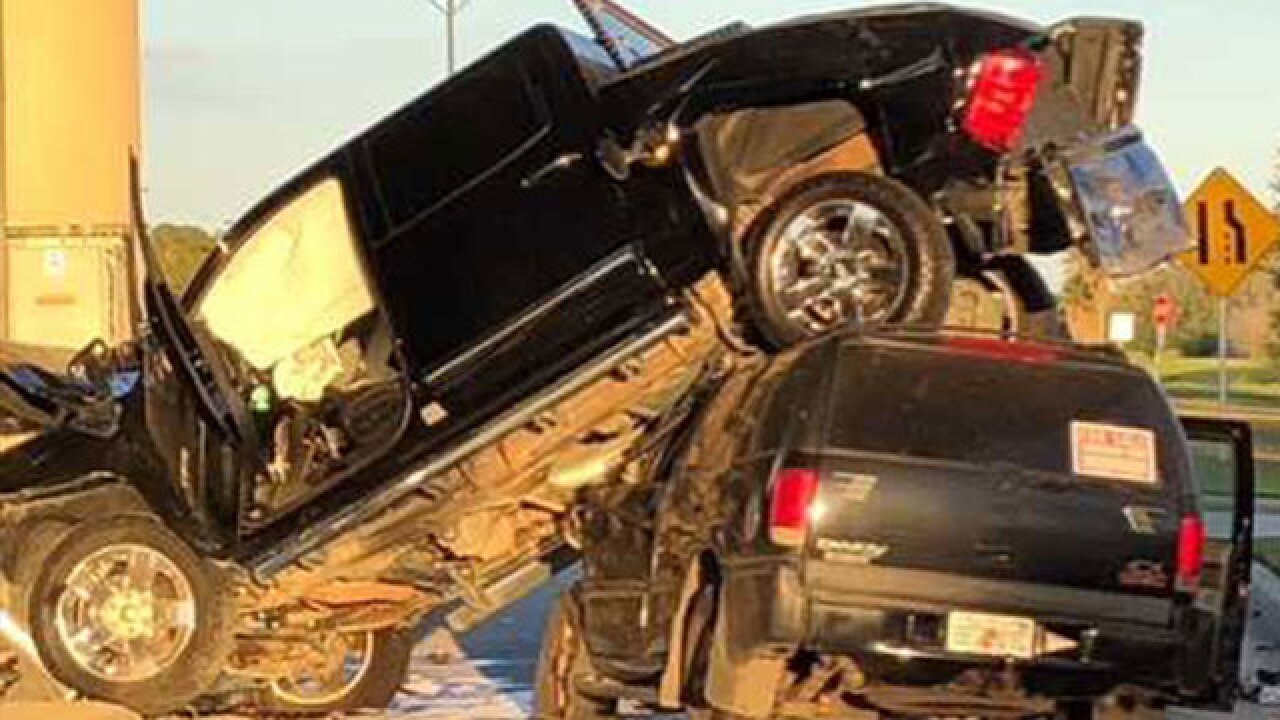 The video showed a Chevrolet Silverado truck being pushed forward after a GMC Envoy slammed into the back of the truck.

The impact of the crash pushed the truck vertical and the Envoy ended up pinned underneath the truck.

The truck slammed into a camera, a light display and two control panels at the toll booth plaza, according to an FHP report.

Lawson suffered a broken leg and his sister said he had a seizure that placed him in intensive care.

"My heart as his sister like can you imagine the impact coming on you? You can't even help yourself," said Antayvia Lawson.

Troopers gave the driver of the GMC Envoy a citation for careless driving.

According to data released by FHP, Polk County where the toll booth crash occurred saw 28 crashes due to drowsy driving in 2017. Martin County had the most crashes statewide with 536 crashes in 2017.

Antayvia Lawson, the victim's sister, said her brother was taken out of ICU, but she doesn't know when he'll return home.

"He was like totally lost, wondering what happened, why I’m here, what went on. He didn’t understand his leg was broke. He thought he was going to get up and walk," said Lawson.

"The limited access roadways like our Suncoast Parkway, Veterans Expressway, Polk Parkway are generally relatively safe for the number of cars that go through there every day," said Sgt. Steve Gaskins, Florida Highway Patrol.