Bomb case arrest: What Contact 5 Investigators have found out about the suspect Cesar Sayoc 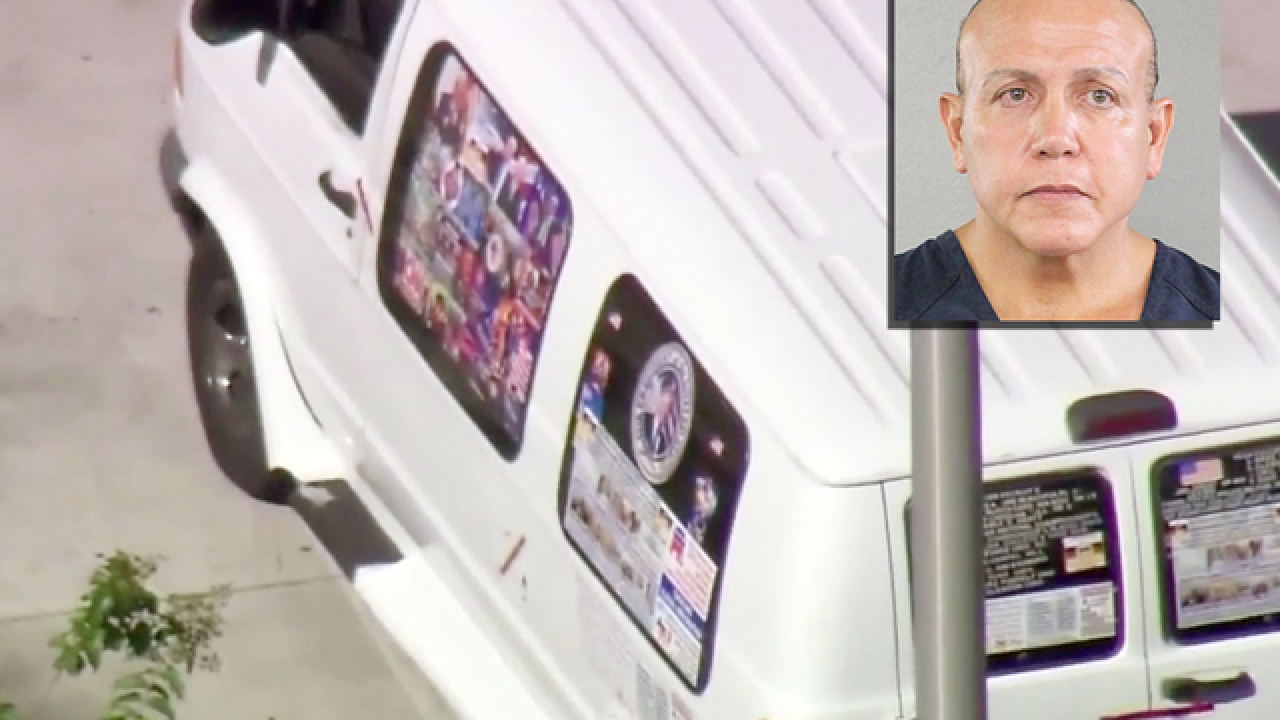 Federal authorities arrested Cesar Altieri Sayoc earlier Friday, in connection to the suspected explosive devices found throughout the country this week. He was taken into custody at a business in Plantation, Florida.

The Contact 5 Investigative Team has been digging into Sayoc's background. Here's what we know:

Sayoc is a 56-year-old male born in Brooklyn, NY. He has an address in Aventura, Florida, about 30-minutes south of Plantation.

Sayoc is a registered Republican in the state of Florida. According to voting records, he voted in both the 2016 primary and general election and voted early in the 2018 primary. He has not voted in the general election this year.

Contact 5 Investigators did not find any political contributions at the state or federal level linked to Sayoc.

According to court records, Sayoc filed for bankruptcy in 2012. His income at the time was listed at $922 a month, and he worked as a store manager. His only asset at the time was a 2001 Chevy Tahoe with 285,000 miles.

Sayoc has a history of arrests and conviction in Florida. In 1991, he served two years probation for 3rd-degree grand theft/larceny in Broward County. In 1992, he was charged with petty larceny in Miami-Dade County. This case resulted in adjudication withheld.

In 2002, Sayoc was sentenced to one-year probation for making a bomb threat in Miami-Dade County.

In 2004 he was charged with eight counts including fraudulent refunds, evidence tampering and possessing controlled substances in Broward County. Those charges were later dropped.

In 2013, Sayoc was arrested by Coral Springs Police in Broward County for 3rd-degree grand theft and battery. He pleaded no contest to these charged in 2015.

Most recently, in 2015 Sayoc was arrested in Palm Beach County for retail theft, and found guilty.