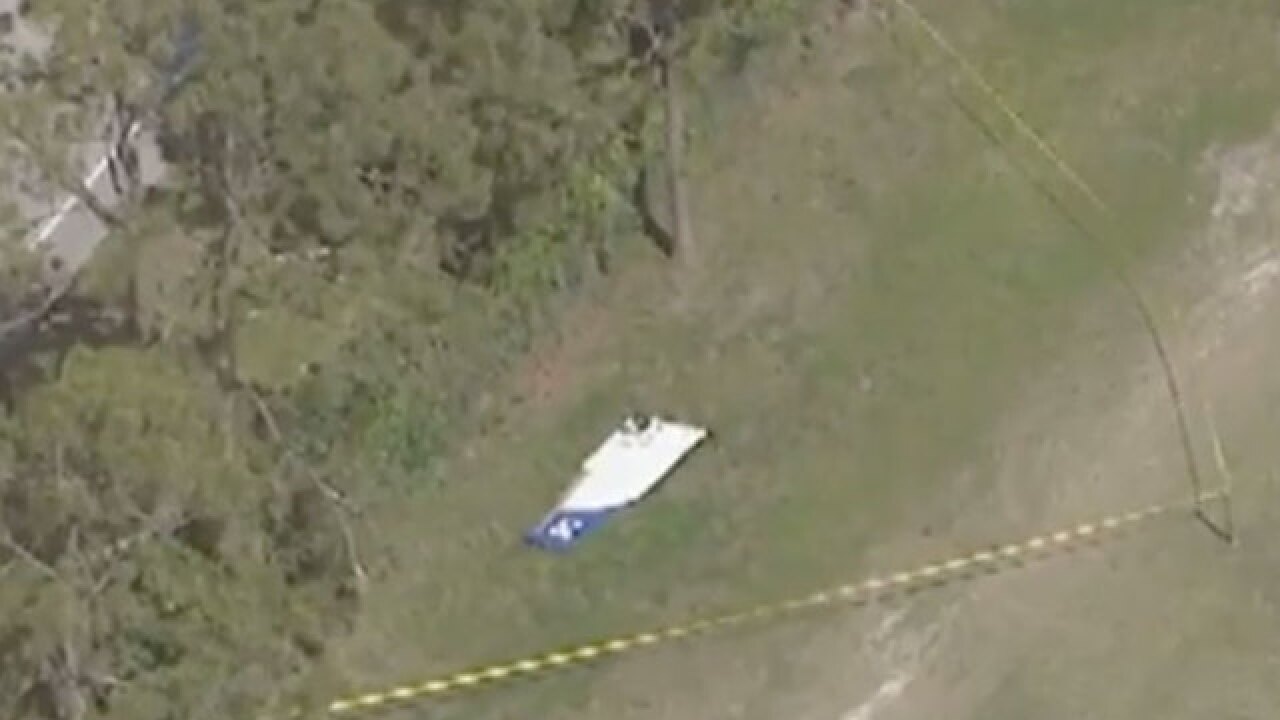 DAYTONA BEACH, Fla. (AP) — Two people are dead in a small plane crash after taking off from a Central Florida airport.

Witnesses told local media that a wing appeared to come off the Piper PA-28 as it was flying and it crashed into a field. Television pictures show that a wing hit the ground some distance from the main portion of the plane.

The names of the victims have not been released pending notification of relatives.