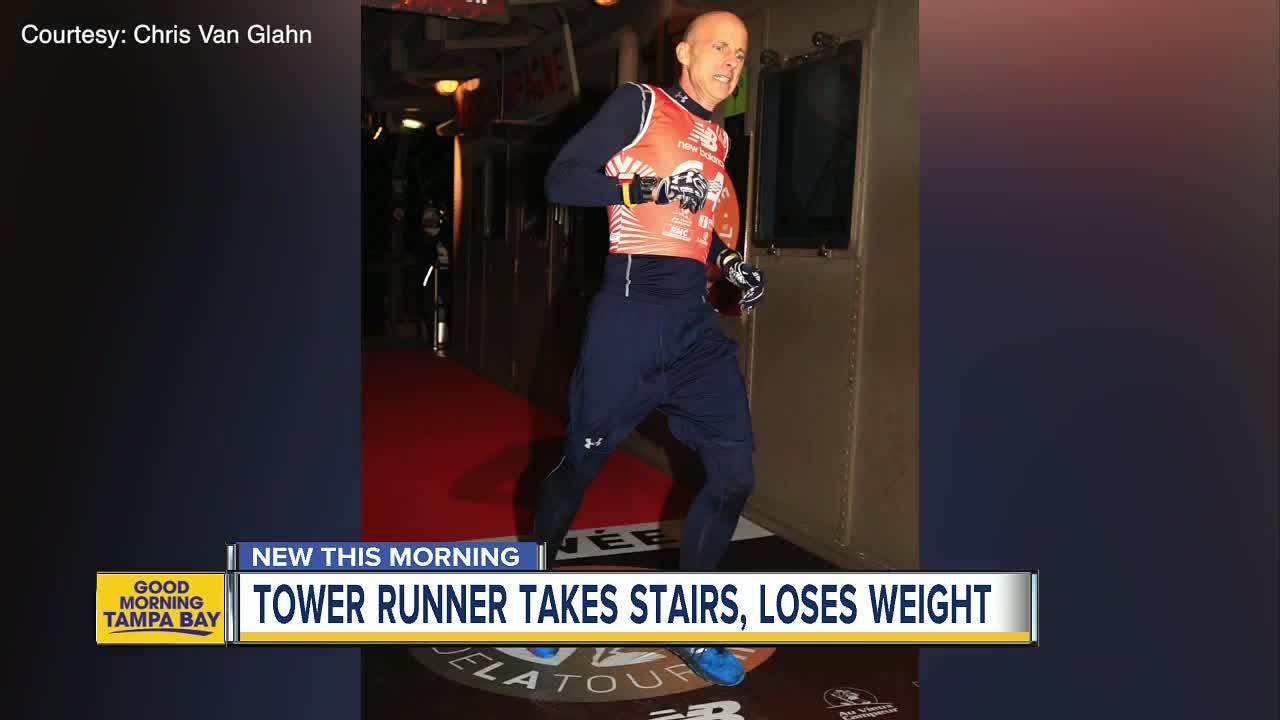 Chris Van Glahn is a tower runner who races up stairwells in the Eiffel Tower and One World Trade Center. 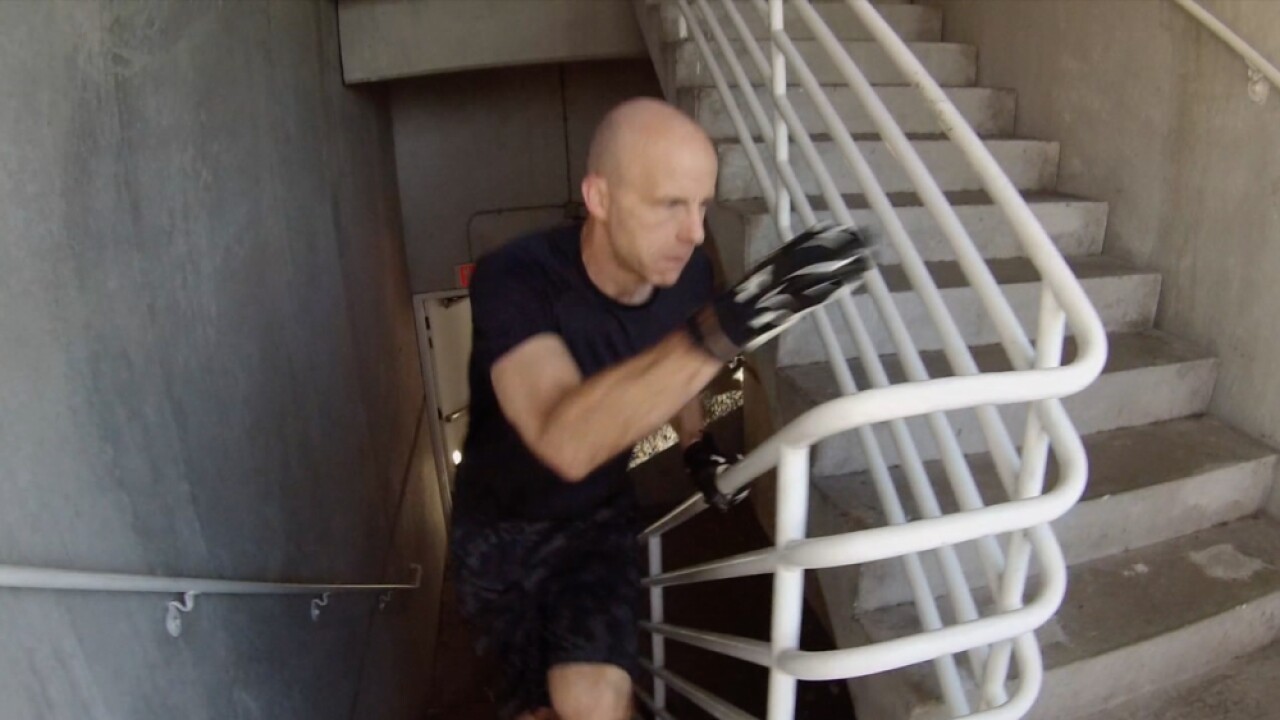 TAMPA, Fla. — Chris Van Glahn calls himself a tower runner. As in the Eiffel Tower.

“I was worried about Eiffel,” laughs Van Glahn. “Because you can detect your elevation as you’re climbing.”

The 51-year-old Tampa man struggled with weight all his life, but lost 50 pounds when he began the unique sport of running up stairwells in the most famous buildings in the world.

“I was able to get fit and stay alive basically,” says Van Glahn, who also climbed steps in Chicago's Willis Tower and New York's One World Trade Center.

A firefighter suggested he first try the sport out at the American Lung Association’s Fight for Air Climb at Tampa’s Bank of America building.

Although Van Glahn competes in intense events, he says anyone can try the inexpensive workout.

All you need are running shoes and maybe a pair of gloves to better grip stairwell railings.

Find a parking garage, then climb the steps quickly. Start slow, maybe a couple stories at a time and grow from there.

He will compete once again in the Eiffel Tower Vertical in March.

Van Glahn will take part in the American Lung Association’s National Take the Stairs Day on January 8 at the Bank of America building in downtown Tampa.