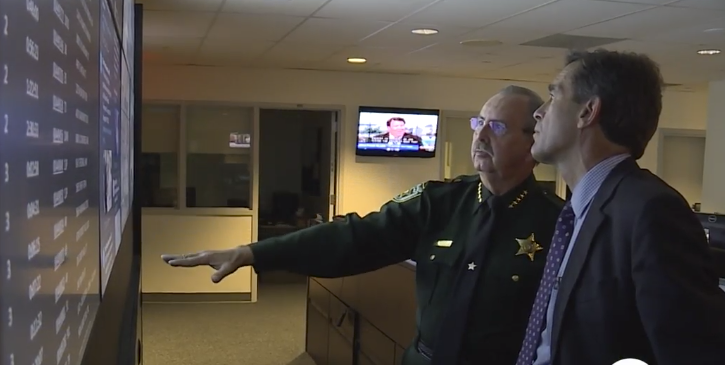 PALM BEACH COUNTY, Fla. — It is not going to happen, but it looked like it might for a few days last week. Thousands of undocumented immigrants will not be resettled from the U.S.-Mexico border to our community after a huge outcry from local leaders.

WPTV sat down with Palm Beach County Sheriff Ric Bradshaw about the warnings he raised and what occurred last week.

Bradshaw said he was notified by U.S. Customs and Border Protection last Monday.

He said, “It was their intention to bring 1,000 people a month (split) between Broward and Palm Beach counties.”

The federal plan was to resettle the men, women, and children—many of them families—give them notices to appear in court and then allow them to go into the community.

Bradshaw immediately raised objections and argued, “No money, no shelter, no transportation, no healthcare services. That’s a big problem. That’s a burden on this community ... I said I am going to be honest with you (federal officials) and I’m going to do everything in my power to make sure it doesn’t happen.”

On Thursday, the story began becoming public. Bradshaw said that by then he’d had a chance to talk with local Congress members and Florida’s U.S. senators.

“I also wanted to make sure our senators and elected representatives knew what was going on and that we were all on the same sheet of music,” said Bradshaw.

Faced with the outcry, federal officials quickly put resettlement plans on indefinite hold Friday. But what if they had not?

Bradshaw said Palm Beach County could have dusted off a mass migration plan—though it is more fit for something on the order of the historic Mariel Boatlift from Cuba.

The plan would have had to include some type of portable housing, transportation, initial health screenings, security, and countless other challenges.

Bradshaw said, “The plan is there. Fortunately, we did not have to implement the plan.”