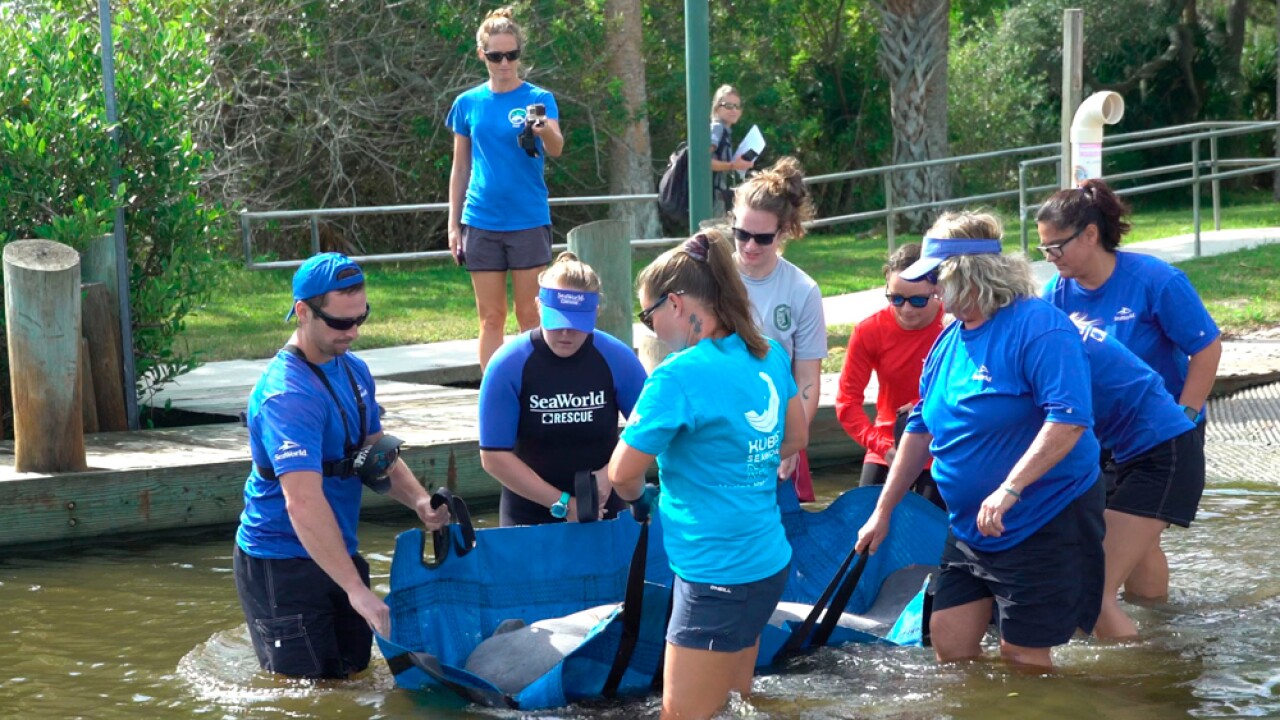 (Copyright 2020 The Associated Press. All rights reserved. This material may not be published, broadcast, rewritten or redistributed.)
SeaWorld Orlando via AP
In this Oct. 17, 2019 photo made available by SeaWorld Orlando, employees release a rescued manatee back into the wild in Oak Hill, Fla. The manatee was released after it was treated for a torn lung likely sustained in a collision with a boat. SeaWorld rehabilitates sea animals that are ill, injured, stranded or orphaned, treating them with the goal of returning them to the wild.

OAK HILL, Fla. (AP) — A manatee named Bingley has been released back into Florida waters after treatment of an injury.

The manatee was found injured in May by the Florida Wildlife Commission and treated at SeaWorld's Marine Animal Rescue facility.

SeaWorld officials who released the 440-pound creature last week in Oak Hill, an Atlantic coastal community, say Bingley had been hit by a watercraft, damaging one of its lungs.

"He was floating high, which is a very abnormal for a manatee. He was unable to dive," said SeaWorld Orlando veterinarian Stacy DiRocco, adding the injure had made Bingley unable to forage at the time.

SeaWorld says it has rescued 36,000 ill, stranded and orphaned sea animals since the early 1970s with the goal of treating and returning them to the wild.