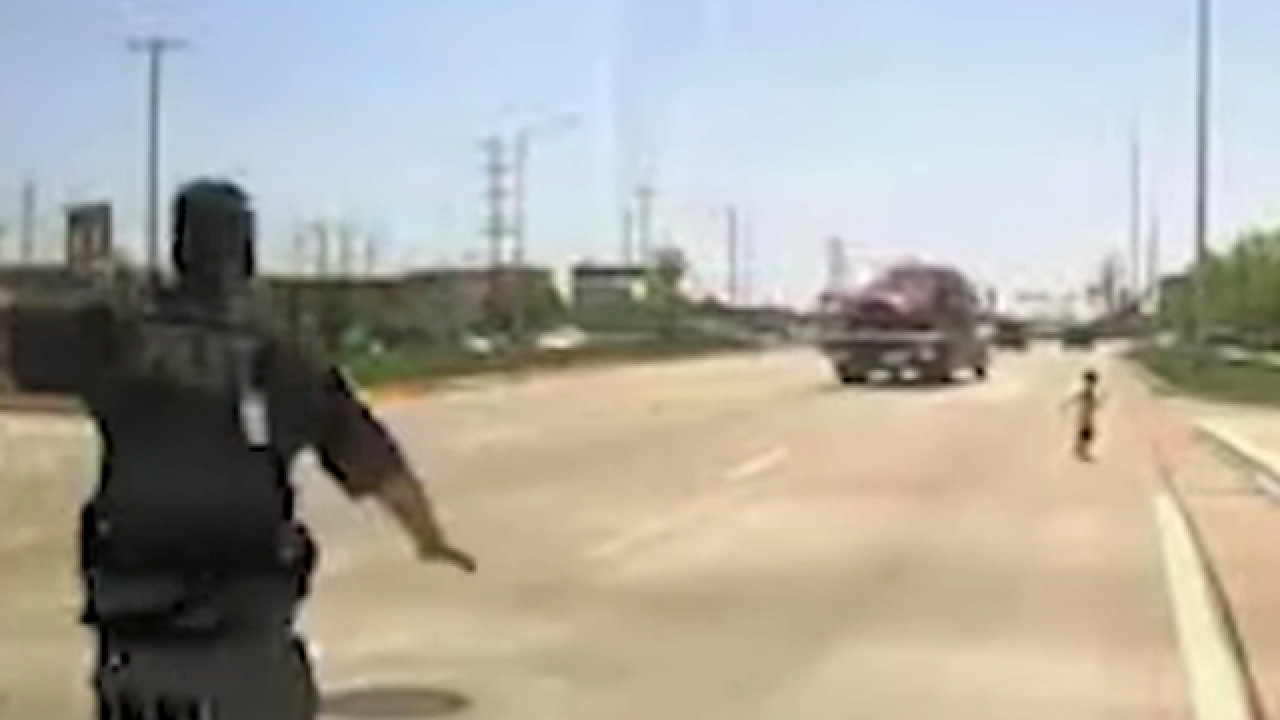 &lt;p&gt;A police sergeant in Naperville, Illinois is being honored for his quick actions in rescuing a young child from a busy roadway in suburban Chicago.&lt;/p&gt;

NAPERVILLE, Ill. (AP) — A police sergeant is being honored for his quick actions in rescuing a young child from a busy roadway in suburban Chicago.

The Naperville Police Department posted dashcam video of last month's rescue by Sgt. Anthony Mannino on its Facebook page Monday. The department's post says the child "escaped his mother's watchful eye" and wandered along Route 59 as traffic whizzed by.

Mannino, who was on patrol, stopped his police car to block a lane of traffic, ran after the child and scooped him up, telling him "you're OK."

The child wasn't injured. Police say he lived nearby and he was quickly reunited with his mother. No charges were sought in the case.